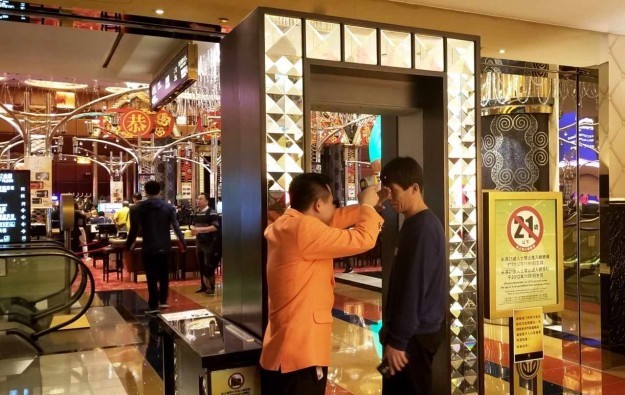 Such GGR was MOP22.13 billion (US$2.77 billion), according to data issued on Saturday by the city’s casino regulator, the Gaming Inspection and Coordination Bureau, a body also known as DICJ.

The city’s Secretary for Economy and Finance, Lei Wai Nong, had already said on Friday that Macau GGR had declined by “around 10 to 11 percent” in year-on-year terms in the first 30 days of January.

Judged month-on-month relative to December, when Macau casino GGR tallied just under MOP22.84 billion, the January performance was down by 3.1 percent.

The decline coincided with the city’s government announcing on January 22 – just before the holiday – that Macau had recorded its first imported case of viral pneumonia in a visitor hailing from Wuhan, a city in the mainland’s Hubei province identified as the epicentre of a newly-identified coronavirus.

As of Friday, the confirmed cases in Macau – all imported via visitors from Hubei – stood at seven. On Saturday morning, China’s National Health Commission had said there were 11,791 confirmed cases within the country as a whole, and that national death toll stood at 259. There were no fatalities recorded in Macau as of that date.

China’s State Council had designated this year’s holiday as running from Friday, January 24 – the eve of Chinese New Year – until Thursday, January 30 inclusive.

A senior executive from Las Vegas Sands Corp, parent of Macau casino operator Sands China Ltd, had said on the group’s fourth-quarter earnings call that the first 21 days of January had provided a strong start to the month, only for trading in the rest of the month to be poleaxed by the health emergency.

The executive said it was impossible to know whether it might be “February or March” before the crisis was resolved, suggesting that the impact of the coronavirus alert might affect trading in the whole of the first quarter for Macau’s six licensed operators.

Philippine gaming investor Leisure and Resorts World Corp reported a net loss of nearly PHP222.4 million (US$4.2 million) in the first three months of 2022, up from PHP125.6 million a year earlier.... END_OF_DOCUMENT_TOKEN_TO_BE_REPLACED