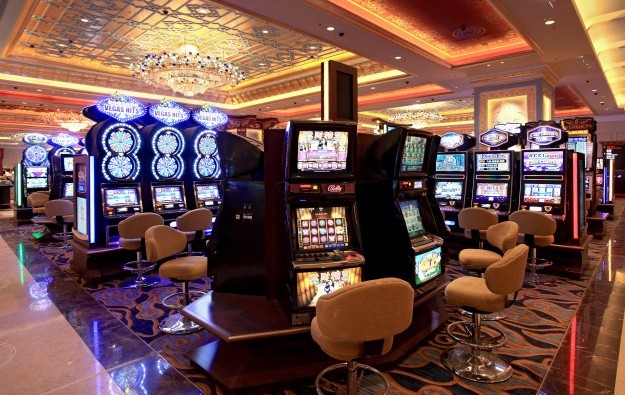 It follows a highly publicised case where a casino player – a Macau resident – claimed he won two jackpots at two different casinos in the same week but said he was not paid what he claimed he was owed in winnings.

According to industry sources spoken to by GGRAsia, in at least one of the cases it is not disputed by the casino operator that the player was entitled to some money. The issue is how much he is owed.

The player says in both cases he saw symbols on the jackpot displays indicating high-level jackpots that amounted in total to HKD20 million (US$2.58 million). One of the operators is said by sources to assert that although it is conceded the display was not operating correctly, it clearly showed symbols indicating the complainant won a more common low-level jackpot worth only thousands of patacas.

The player claimed the jackpot displays froze in each case, denying him his full win.

But three industry sources say separately that although laboratory tests by two different independent testing companies confirmed there was a display malfunction with the jackpot displays in both cases, the result of the game is determined by the random number generator (RNG) – the computer in each machine that generates game results – not the jackpot display.

When the RNG results of both machines in question were “played out” by Gaming Laboratories International LLC (GLI) and BMM International LLC using the ‘last ten game recall’ facility that is standard in such equipment, the results in at least one case showed a low level jackpot win, according to two of the industry sources spoken to by GGRAsia.

Macau’s Administrative Regulation 26/2012 states that concessionaires should refuse to pay prizes or any accumulated credits if it suspects a malfunction or software glitch in a particular electronic gaming machine (EGM).

The regulation states that in case of a dispute, concessionaires “should suspend immediately the operation” of the electronic machine until the malfunction is fixed.

One procedural change being considered by DICJ is to ask all casino operators to have video surveillance cameras permanently trained on all jackpot displays where the main jackpot is above a certain defined cash threshold.

GGRAsia understands however that in at least one of the currently disputed incidents, a surveillance video clearly showing a jackpot display malfunction was recorded and made available to the city’s gaming regulator. The industry is also said to have discussed informally introducing such a constant surveillance protocol on jackpot displays, and some operators are already doing it via the so-called ‘eye in the sky’ ceiling cameras installed in casinos.

“What video surveillance does is to give the [casino] operator and the regulator clarity,” the first source told us. “It provides back up evidence in cases where a player says he or she saw something on the [jackpot] display or on the machine.”

GGR Asia understands from sources that the player has been offered a combined settlement amounting to more than 10 percent of his claim, but he has declined, saying he had spent around HKD4 million playing the machines.

At least one local legislator has hinted he would like to see some aspects of the regulation of the casino slot industry subject to review or input by the Legislative Assembly, rather than relying on government officials to draft administrative regulations on the subject.

Pro-democracy legislator Au Kam San argued on Tuesday that gamblers could not know if a machine were technically reliable before playing it, and called for a rewriting of rules governing the circumstances in which casinos could refuse payment.

But the second industry source told GGRAsia: “It would be a pity if this issue becomes politicised. The whole point of regulation by administrative regulation is that they are drafted in keeping with global best practice, as with the principle that ‘malfunction voids payouts’.”

To those inside the industry, unless there is a resolution created transparently and following clear legal and regulatory processes – if necessary tested in court – there are fears the current dispute could open the floodgates to more claims of similar type. That could effectively clog up the smooth running and regulation of the slot gaming segment in Macau and cause long-term damage to its business model, they suggest.

“The industry frankly would welcome this issue being brought to court,” the third source told GGRAsia. “Then the regulation on no payouts in the event of malfunction could be tested to see if it stands up. Otherwise the risk is that it becomes an issue of what customers thought they saw, rather than an issue of what the technical data show.”

The head of the gaming bureau, Manuel Joaquim das Neves, on Tuesday told legislators that malfunctions were very rare.

Although slots represent in percentage terms a modest part of the local industry – around 4 percent of gross gaming revenue last year – in cash terms they are still generating a huge amount of money – US$1.8 billion in 2013 according to bureau data.

The current dispute has led to some of the market’s most popular slot machines being switched off since late April, hurting the operators’ top line, denying the government tax revenue estimated by industry sources at several millions in U.S. dollars, and frustrating the many players who like to gamble using the products.

DICJ ordered Macau casino operators to turn off all linked progressive slot machines featuring FA FA FA and Yellow Dragon games from Aristocrat Leisure Ltd – among the most popular slot products in Macau and the type involved in the dispute – following the player’s complaint. Around 1,000 machine units, representing 8 percent of Macau’s 12,895 slot machines as counted by the gaming bureau at the end of the second quarter, remain dark two-and-a-half months later.

The products are among the best-yielding slots in Macau, with the high denomination versions popular in VIP slot areas of local casinos. Even the lower denomination HKD0.20 machines can yield a daily ‘win’ (total money taken in minus prizes) equivalent to at least US$300, says a third source.

The manufacturer is understood to have produced a software fix for the jackpot display ‘freeze’ but it has not yet been approved by DICJ.

GGRAsia asked Aristocrat if it wished to give its version of events, but the company declined.

In the meantime, the regulator has told the casino operators they are not allowed to take the switched off machines from their floors. Given the shortage of space on many Macau casino floors, that makes it hard for operators to consider replacing the machines with products from other manufacturers.

“It’s a mess,” said the second source. “But it needs to be resolved rationally and following proper procedures. The worst thing that could happen would be for the government or the industry to try and make the player go away by paying him off without resolving the basic principle.”

Macau’s casino gross gaming revenue (GGR) for the first five days of February is estimated at MOP1.9 billion (US$235.1 million) – or MOP380 million per day – a level that suggests a “45... END_OF_DOCUMENT_TOKEN_TO_BE_REPLACED