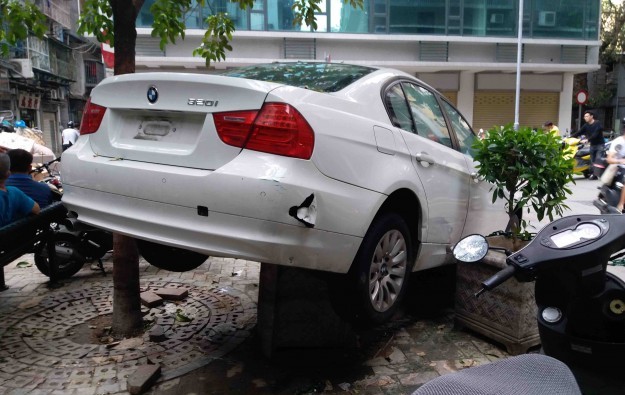 The Macau government is considering a system that would link the level of operation of the city’s casinos to the degree of any typhoon or other disaster warning issued by official sources, said on Wednesday Macau’s Secretary for Economy and Finance, Lionel Leong Vai Tac.

Mr Leong made the remark during a government press briefing on ways of improving the response of the authorities to any future major disasters. The initiative follows the devastation wrought by Typhoon Hato a fortnight ago.

David Chow Kam Fai, co-chairman and chief executive of casino services firm Macau Legend Development Ltd, even went so far as to suggest in an interview with local Chinese media – carried on Tuesday – that the city’s casino employees should be exempted from work when Typhoon Signal No.8 is hoisted by the local weather bureau. Such a signal is enough to trigger the cancellation of road, air and ferry transport, and the stoppage of school lessons and of non-essential work in government departments.

At the time Typhoon Hato struck the city on August 23, the No.10 signal was raised, but nonetheless – under existing work protocols in Macau – many casino workers reported to local media or commented on social media that they had been expected to turn up for duty as normal, with some complaining they risked pay stoppages for being either late or absent.

Fong Soi Kun, the director of the government body responsible for weather forecasting and the issuing of local typhoon signals – the Meteorological and Geophysical Bureau – resigned from his post the day after Typhoon Hato. His department’s work had no direct bearing on the work protocols for local casinos.

On August 28, the city’s Commission Against Corruption – known as CCAC – said it had started an “investigation into the typhoon forecasting procedures” of the bureau.

The anti-graft body noted in the same announcement it had previously received complaints from citizens regarding a perception the weather bureau had failed to raise the appropriate No.8 Signal in August 2016, when Typhoon Nida struck the city.

It had been reported by local media at the time, that some people were concerned that commercial considerations – in terms of the uninterrupted operation of the city’s tourism industry – had been put ahead of public safety.

But the latest CCAC announcement said that earlier incident had been investigated and the watchdog “did not find any violation of the law” regarding the weather bureau’s decision.

The system mooted by the government on Wednesday – possibly linking the degree of disaster warning to the staffing levels of the casinos – would encompass natural disasters, threats to public health or threats to public security, said Secretary Leong. Depending on the grade of emergency, the government would stipulate a corresponding set of compulsory response measures.

The establishment of the disaster grading system would require legislation, the city’s Chief Executive, Fernando Chui Sai On, noted at Wednesday’s briefing. He did not mention a timetable for such legislation.

Currently the city’s gaming concessionaires can only suspend casino operations for one or more days in “exceptional situations” and “upon receiving prior government authorisation”, according to the existing legislation. Government authorisation can however be waived in urgent situations – namely those related to major accident, a disaster or a natural calamity – that can seriously endanger the safety of people inside a casino.