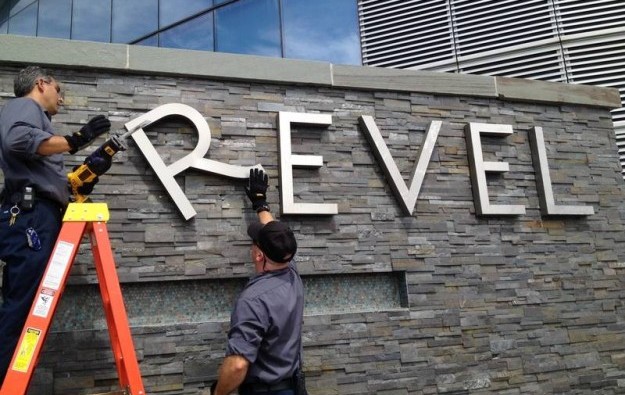 Macau casino operators should use the current cooling in the city’s gambling market as an opportunity to develop new non-gaming offers, says academic Carlos Siu Lam.

They should also learn lessons from Atlantic City in New Jersey, where – said Mr Siu – the casinos had competed mainly on price and had failed to adapt sufficiently their offer to younger customers.

“The lesson is from New Jersey, because the casinos there primarily compete on prices and benefits [to players],” stated Mr Siu, associate professor at the Gaming Teaching and Research Centre at Macao Polytechnic Institute.

“You see there the response was not that satisfactory. Because especially for the younger generation [in the U.S.] they wanted to try something new, they wanted to have a full experience of entertainment – and gambling,” added Mr Siu.

He was was speaking on a recent edition of Talk Show, a discussion programme on the English language service of Macau’s public broadcaster TDM.

Atlantic City in September saw a slowing in the year-on-year decline of its gaming revenue to 0.9 percent, compared to a 6.2 percent fall in gaming revenue for the full year in 2013. That’s according to data from the Atlantic City Convention and Visitors Authority.

The improvement didn’t prevent two major casino closures there this year, as regional competition in the northeast U.S. also increased.

Privately-held Trump Entertainment Resorts Inc – one of the main casino operators in Atlantic City – in September filed in the U.S. for Chapter 11 bankruptcy protection and closed Trump Plaza hotel casino.

Revel Atlantic City (pictured), controlled by Revel Entertainment Group LLC, and which only opened in April 2012 at a cost of US$2.4 billion, closed the same month.

Visits up, GGR down

The situation of the Macau casinos is far healthier. But this October during the Golden Week national holiday in China, Macau also experienced rising visitor numbers but falling casino revenue.

Even with the 19 percent year-on-year decline in Macau VIP gaming revenue and the overall 7 percent slip in GGR seen in the third quarter – reportedly mostly because of mainland China’s corruption crackdown – the territory still far outperforms any single U.S. market including Las Vegas in terms of annual GGR. Macau brought in nearly MOP276 billion (US$34.6 billion) in the calendar year to September 30.

But Macau does have previous experience of casinos warring on price in leaner times.

One example is from December 2007. That was when Melco Crown Entertainment Ltd’s Taipa property Crown Macau (now Altira Macau) in concert with AMA International – a junket consolidation operation owned by the then A-Max Holdings Ltd – overnight offered junket operators 1.35 percent rolling chip commission to lure them to transfer their players from other venues.

The offer was up to 25 basis points higher than what was available at any other casino operator at that time. It was nearly double the commission paid by the casinos during the era of Stanley Ho Hung Sun’s monopoly that technically ended in 2002.

Up to June 30 this year, Macau’s gaming revenue was growing at 12.6 percent year-on-year according to the Gaming Inspection and Coordination Bureau.

The Macau operators – faced with strong player demand and gaming table capacity constrained by order of the Macau government – were in a position to dictate terms to the junkets on issues including minimum monthly chip roll and maximum revenue share the casinos would offer – a business model that has largely in Macau superseded the traditional rolling chip commission system. But with high rollers now thinner on the ground, casinos might again be tempted to compete more strongly on price.

Mr Siu suggests that in the current political and business climate in the Macau gaming industry there is no room for complacency regarding either the gambling offer or the non-gambling offer.

That is despite research he published in the U.S. in July suggesting that the average tourist to Macau spends 86 percent of his or her budget on casino gambling.

He told TDM that during the period he analysed, he estimated each Macau visitor spent approximately US$1,565 on average per trip – excluding travel costs – with US$1,350 of that for casino gambling.

Mr Siu added: “That’s the situation at the moment in Macau, but according to a survey I conducted some time ago, the younger generation wants to try everything new…so there might be some demand for addition of new non-gaming elements. So I think gaming operators need to study [that] and know what the market needs,” he stated.

Ben Lee, managing director of gaming industry consultancy IGamiX Management and Consulting Ltd, speaking on the same TDM discussion programme, said that if the current political climate in China remained, then the city might have to start thinking the unthinkable – that there might be an oversupply of casino capacity on Cotai with the new round of openings for all six concessionaires due between 2015 and 2017.

“If Beijing decides to grant Macau another decade of prosperity, then I would even say six [Cotai] resorts are not enough. However, the current political climate as it is, it would seem like there could be a potential oversupply,” stated Mr Lee.

Mr Govertsen stated: “In 2015 you are going to see Galaxy [Macau] phase 2 open, and potentially Studio City at end of year. Galaxy historically has been an exceptionally strong VIP operator. They haven’t been as strong as a mass-market operator. When that [property] comes online, you might not see supply driving demand – at least on the mass side.”

He added: “Also in 2015 when you think about Studio City, Melco Crown…only owns 60 percent of that business, not 100 percent. So they’re not exactly incentivised to send a lot of players there if they could keep them at CoD [City of Dreams] or Altira, for 100 percent of the money.”

Studio City’s design and construction costs were estimated at US$2.3 billion in Melco Crown’s interim report for the period to June 30, 2014.

Lawrence Ho Yau Lung, co-chairman and chief executive of Melco Crown, said during the firm’s third quarter earnings conference call on November 6 that the firm was “concerned” regarding its table allocation for Studio City.

“At this stage, they [government] have not communicated to us what the table allocations are,” he told analysts. The executive had previously mentioned the firm hoped to get “400 gaming tables or more” for Studio City.

The Pragmatic Play brand, a leading content provider to the iGaming industry, says it has signed a deal to launch its complete slot portfolio on the bet365 online wagering platform. As a result,... END_OF_DOCUMENT_TOKEN_TO_BE_REPLACED