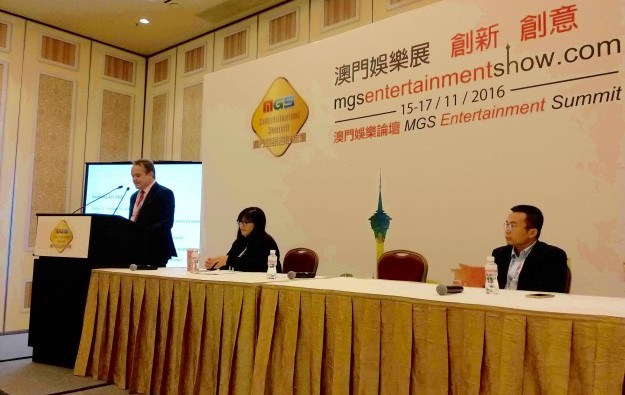 Macau needs a dedicated team of investigators to check the backgrounds of people that want to be involved in the city’s VIP gaming industry, says an academic at the city’s Gaming Teaching and Research Centre.

Macau’s VIP rooms have long been dogged by allegations of involvement with Chinese organised crime gangs known as triads. But while there have been high profile incidents allegedly involving triad activity outside the casinos, there are few documented cases of proven triad activity inside them.

The background investigations into junket personnel and their associates “are not aggressive enough” in Macau, said Wang Changbin (pictured right), professor at the research centre, which is based at Macao Polytechnic Institute.

“Many of the applicants [seeking licensing] are from outside Macau. If we are to do a real investigation, we must have the help of governments in other jurisdictions. And the [Macau] government should establish a team with knowledge and skills to do [background] investigations,” said the academic. He was speaking on a conference panel discussing the regulation of junkets that was held at the Macao Gaming Show 2016 on Tuesday, in the Venetian Macao.

Gaming promoters, or junkets, are third parties that work with the city’s six licensed casino operators to bring in high value players from mainland China – where casino debts are not legally enforceable – and then provide them with credit to play, and collect on credit debt.

Such junket organisations are licensed by the Macau government, and junket shareholders owning more than 5 percent – as well as junket directors – must undergo detailed background checks, according to Prof. Wang.

But the scholar says the problem is with the complex web of player representatives and sub-agents that typically collaborate with the junkets.

“The regulator rarely comes out and does investigations into the background of those people. And the regulation of the customer representatives is too loose. Right now, they [the authorities] only ask the [VIP] contractors to submit the [collaborators'] names on a list and their criminal record [history], nothing much else,” stated the academic.

In October, Macau’s most senior judge warned that the image of the city’s gaming industry could be negatively affected if disputes or crimes linked to gambling debts continued to increase and to spread outside the city’s casino properties.

Macau recorded a total of 814 cases of suspected gaming-related crime in the first half of 2016, according to police data. The figure represented a jump of 13.5 percent in year-on-year terms.

Beyond Macau’s domestic security concerns is the wider interest the central government in Beijing has in supressing the risk of corruptly obtained funds being laundered via Macau’s high-roller rooms. Mainland China’s ongoing anti-corruption campaign under President Xi Jinping has already seen a dramatic slowing in the amount of cash flowing through Macau VIP operations.

But Prof. Wang said that the VIP segment remains so important to the local industry and to Macau’s economy, and so many people have an interest in the trade, that it might be “impractical” to take tougher regulatory action, though he noted “the [Macau] government is trying to take some action”.

According to the official market data issued by the local casino regulator, the Gaming Inspection and Coordination Bureau – also known by its Portuguese acronym DICJ – VIP baccarat GGR in the three months to September 30 represented 52 percent of all the GGR generated by casino games.

“A lot of people have an interest in it [the segment]. So it is hard to just easily get rid of it,” said the academic.

On the sidelines of the panel, Prof. Wang told GGRAsia: “A VIP room is very hard to regulate. It is very complicated [business]. There are too many people involved in it, and everything is in a ‘black box’.”

Asked if he thought the central government in Beijing would prefer it if there were no VIP gaming in the Macau market, Prof Wang said: “I think so”.

But as Macau has made efforts to tighten its control of high stakes gambling, investment analysts covering the sector have noted that some of the activity has been pushed offshore to neighbouring jurisdictions, making it harder for Beijing to control.

Some Macau casinos visited by GGRAsia on Thursday, actually had tables that were closed, notwithstanding strong consumer demand during Chinese New Year (CNY). The reasons for some tables being... END_OF_DOCUMENT_TOKEN_TO_BE_REPLACED