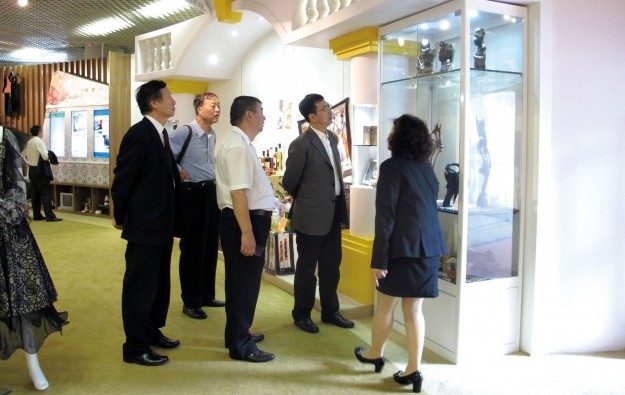 A large gap remains between rhetoric and reality when it comes to developing Macau as a world class conference and exhibition centre, says a paper from Glenn McCartney, Assistant Professor in Gaming and Hospitality Management at the University of Macau.

A total of 227 meetings, incentives, conferences and exhibition (MICE) events were held in Macau in the second quarter of 2014, down by 1 percent year-on-year according to data from the Statistics and Census Service. Nonetheless, the number of attendees at events in the period rose 139 percent said the statistics bureau.

Macau – in line with some competing destinations – does offer subsidies to encourage MICE events. According to the Macau Economic Services website, MICE events lasting at least three days and with a minimum of 100 ‘overseas’ participants – a definition that includes those from mainland China – are entitled to a 10 percent subsidy on accommodation costs; MOP400 (US$50) per person for food expenses; 50 percent of promotion and marketing expenses up to a maximum of MOP100,000, and 15 percent of translation fees to a ceiling of MOP20,000. Additionally, some events give free access to the public.

“To what degree numbers of visitors to Macau’s MICE [events] are inflated due to complimentary public admission is unknown,” says Mr McCartney’s study, titled ‘With or Without You? Building a Case for Further MICE Development in Macao’, published in the Journal of Convention & Event Tourism and made available online on August 8.

Mr McCartney suggests that Macau needs not only a government master plan for tourism but also an independent commercially focused MICE promotion agency able to make quick decisions on behalf of the sector. Without such an agency, he suggests, the MICE portion of the tourism industry will continue to be shaped by the commercial needs of the gaming operators, some of whom focus primarily on gambling tourism.

The study’s release comes as a major meeting for the regional tourism industry – the 8th Asia Pacific Economic Cooperation (APEC) Tourism Ministerial Meeting and the 45th APEC Tourism Working Group Meeting – gets under way in Macau this week.

Mr McCartney said in his paper that as long ago as 2012, the regional tourism industry trade body the Pacific Asia Travel Association (PATA) had counselled that Macau “lacked a comprehensive tourism master plan and [it] should be prepared as soon as possible”.

Mr McCartney said that additionally: “The PATA Task Force recommended that in order to react, bid, and make business decisions swiftly, a commercial and independent body would be needed. Unless this happens the status quo will largely remain. The integrated resorts as significant economic powerhouses and contributors to government coffers will continue to have major influence on the direction of Macao’s Cotai Strip. Should the government remain content with rising fiscal reserves and healthy balance sheet spurred by taxation on gaming revenues this can mean limited advancement towards MICE.”

According to the World Tourism Organization, Macau was 20th globally and 5th in Asia Pacific region in terms of international tourist arrivals in 2012 – the latest available numbers. In terms of tourism income in 2012, Macau ranked 5th around the world and 2nd in the Asia Pacific region.

Mr McCartney’s study suggests that faced with regional competition for MICE business from the likes of Singapore and Hong Kong, the offer of Macau struggles to compete in terms of accessibility and also movement around the city once visitors arrive.

“There is a significant gap on the seamless arrival-to-venue experience demanded by business tourists,” writes the academic.

“While the Macau Government takes the position that Macau is an ideal location for MICE with world class convention and exhibition facilities, there appears to be a mismatch between what is communicated and what is actually being believed by travellers, particularly [by] MICE organisers and delegates, and the current visitor profile to Macau. What is apparent is that the aggressive promotional and sales campaigns by casino operators are dominating and winning greater visitation aimed at gambling revenue creation first.”

The study adds: “The mentality of ‘build it and they will come’ has worked within Macau’s gaming sector, particularly with the mainland Chinese traveller. Yet poor infrastructure and transportation networks, a severe shortfall on qualified labour to work in MICE, and a lack of coordination within the government have already been acknowledged by stakeholders in the industry as significant weaknesses preventing Macau going forward in MICE development.”

Even influential voices from the key target market in China have recently shown some impatience with Macau’s tourism offer. At last year’s Global Tourism Economy Forum – an international event in collaboration with the World Tourism Organization, UNWTO – held in Macau, Wang Ping, president of the China Chamber of Tourism, said Macau’s tourism service quality, in particular the taxi service, was “getting poorer” while holiday costs had soared.

In the first half of 2014, non-gaming continued to account only for a very small part of the overall revenue of casino operators in Macau, show the latest publicly available data compiled by GGRAsia.

The Singapore casino market could face another “quiet” Chinese New Year due to the suspension of the city-state’s vaccinated travel lane programme in response to the highly-infectious Omicron... END_OF_DOCUMENT_TOKEN_TO_BE_REPLACED