Macau not kneeling to casinos on smoking: Chief Executive 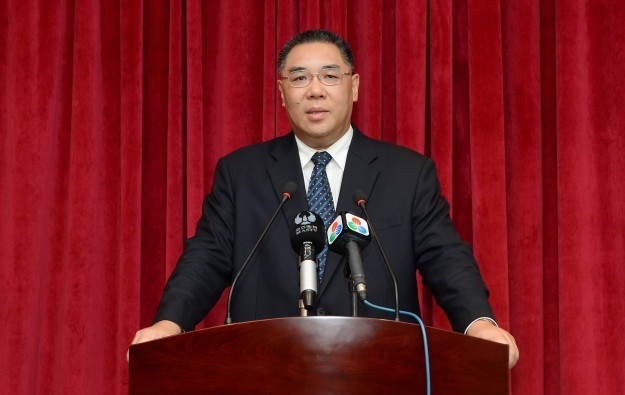 Macau’s Chief Executive, Fernando Chui Sai On, said on Wednesday he was not aware of any final decision regarding a proposal to retain smoking lounges in the city’s casinos, reported the Chinese-language radio service of public broadcaster TDM. Mr Chui was also cited as saying that the government did not “kneel down” to any sector’s interest when it comes to the city’s smoking control policy.

“Throughout this long process [of banning indoor smoking in public places], now we see that it is only the VIP gaming area of casinos that are left with smoking areas. The government is still studying this issue and will express its final stance on the matter,” said Mr Chui (pictured).

He was speaking to media prior to flying out of the city for meetings in mainland China’s Fujian province. He was asked to comment on a proposal Macau’s Health Bureau announced last week that mentioned the possibility of retaining smoking lounges in the city’s casinos.

Government decision-making will always be geared to the interests of the general public, Mr Chui pledged.

The proposal announced by the Health Bureau on February 15 includes higher technical requirements for smoking lounges. Additionally, smoking at VIP gambling tables will be banned under the suggested new smoking regime. High roller gamblers would instead need to use smoking lounges.

A number of investment analysts have said that in markets where casino smoking has been banned completely, casino revenue subsequently dipped. Macau has so far taken a gradualist approach to the casino smoking issue, potentially making it harder to quantify what effect – if any – partial restrictions on casino smoking have had on local venues’ gaming business.

A note issued several years ago from Hong Kong-based analyst Praveen Choudhary, of the Morgan Stanley banking group, indicated that the introduction of complete casino smoking bans – in some jurisdictions in the U.S. and Australia that had previously had no limitations on smoking in their gaming venues – had resulted in annual gaming revenue falling by between “4 percent and 20 percent”; with the average being 12 percent.