Macau Oct GGR to decline by as much as 6pct: Bernstein 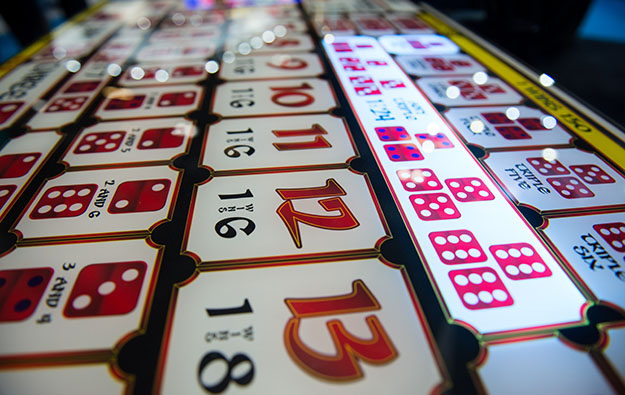 Casino gross gaming revenue (GGR) in Macau for October is likely to be down between 3 and 6 percent judged year-on-year. That is according to Sanford C. Bernstein Ltd.

A Tuesday note published by the brokerage said that Macau’s GGR for the first 13 days of October was estimated to be around MOP12.6 billion (US$1.56 billion).

Analysts Vitaly Umansky, Eunice Lee and Kelsey Zhu added: “Higher end play remained soft post Golden Week, as we have expected, and will likely stay so for the rest of October.”

China’s State Council declared October 1 to October 7 as this year’s National Day holiday period, also known as autumn Golden Week. This is usually a peak season for Macau’s tourism and casino industries as hundreds of thousands of mainland Chinese tourists take advantage of the weeklong break to visit Macau. However, according to several analysts, casino GGR in the city for the 2019 autumn Day Golden Week actually posted a decline compared with the same period one year before, despite the increase in visitor arrivals during the holiday.

Sanford C. Bernstein stated in its Tuesday note that the average daily rate for GGR in Macau for the six-day period between October 8 and 13 stood at MOP750 million. “Mass volume is estimated to have improved by high single digits and VIP volume to have declined by low 20s of percent on a year-on-year basis,” the brokerage added.

In a separate note, brokerage Nomura said it was still expecting “roughly flat GGR growth in October” for Macau’s casino industry. “However, November/December comps become tougher, so we would not be surprised if, as in the third quarter, GGR declines on a year-over-year basis in the fourth quarter,” stated analysts Harry C. Curtis, Daniel Adam and Brian Dobson.

Fitch Ratings Inc acknowledged in a Thursday note that Japanese leisure conglomerate Universal Entertainment Corp, the ultimate parent of the Okada Manila casino resort in the Philippines, was a... END_OF_DOCUMENT_TOKEN_TO_BE_REPLACED