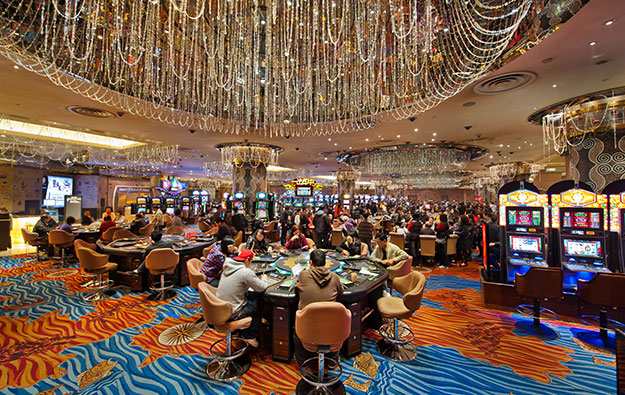 Macau’s casino gross gaming revenue (GGR) for October fell by 28.4 percent year-on-year to MOP20.06 billion (US$2.5 billion), according to data released on Sunday by the city’s regulator, the Gaming Inspection and Coordination Bureau. It was the 17th straight month of GGR retreat measured year-on-year but the best monthly tally for the industry since May.

The October numbers mean that Macau’s accumulated GGR for the first 10 months of the year now stands at MOP196.07 billion, a fall of 35.5 percent compared to the same period in 2014.

Several analysts covering the gaming sector had estimated a rate of year-on-year GGR decline of between 28 percent and 30 percent.

“Although not as good a result as the market may have anticipated following a relatively good Golden Week in early October, the figure can be viewed as the beginning of a ‘less bad environment’,” brokerage Sanford C. Bernstein Ltd said in a note on Sunday.

Several investment analysts had said they expected the downturn in Macau’s GGR to ease last month on the back of a positive performance during China’s Golden Week holiday marking National Day. Macau’s average daily revenue (ADR) for casino gaming during the opening days of the Golden Week holiday was estimated in the range of MOP800 million to MOP900 million, according to unofficial industry returns quoted by analysts.

“While the -28.4 percent result was better than the down 30 percent plus comps we have seen in each month since February, the two-year stack, which was down 52 percent in October, was by far the worst of the year (September two-year -45 percent),” said analysts Carlo Santarelli and Danny Valoy of Deutsche Bank Securities Inc.

“On a sequential basis, October grew 17.1 percent from September, versus a 4-year average sequential change of +19.5 percent,” they added.

The month of October also included the opening of Melco Crown Entertainment Ltd’s US$3.2 billion Studio City resort on October 27.

“The key over the next few months will be for GGR to continue to rise, especially in light of Studio City’s opening. GGR daily rates averaging below MOP600 million will be perceived as negative by investors,” said analysts Vitaly Umansky, Simon Zhang and Bo Wen.

Deutsche Bank’s analysts said that over the last four years November has, on average, “been down roughly 10.9 percent from October on a win per day basis”.

“Should the average sequential trend hold firm, which would imply no market growth from Studio City, November would fall [about] 29 percent year-on-year,” said Mr Santarelli and Mr Valoy.