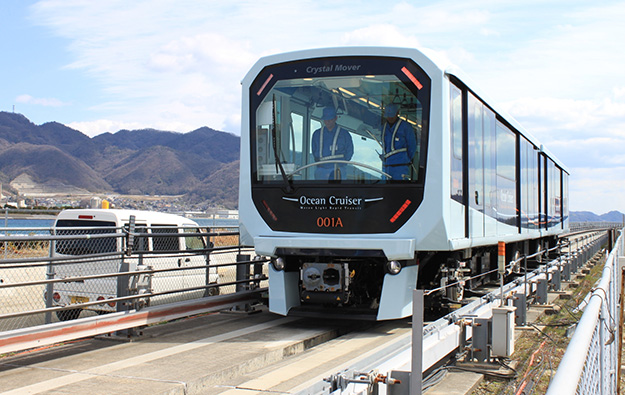 Macau’s Secretary for Transport and Public Works, Raimundo do Rosário, said on Monday that he was “a bit worried” regarding whether the Taipa section of the under-construction light rail transit (LRT) system could be operational in 2019.

But Mr Rosário said he was confident that the building work for the Taipa portion could be completed by 2019.

“Regarding the Taipa section, there were previously some setbacks with the rail depot. But we are striving for [the Taipa section to be completed] by 2019,” Mr Rosário told the city’s Legislative Assembly.

“But will it [Taipa LRT section] be definitely operational by 2019? I’m a bit worried,” the secretary added, noting that the Macau government lacked experience in running such type of public transport systems. According to Mr Rosário, the LRT system will be operated by a public company yet to be set up.

The Taipa portion of the project, which includes stops serving the Cotai casino resorts, will be 9.3-kilometres (5.8-miles) long and have a total of 11 stations. That stretch of the system will also connect to Macau International Airport and the new Pac On ferry terminal located near the airport.

The public works secretary had said in December last year that the Taipa section of the LRT system could be operational by 2019. Mr Rosário conceded at the time that the delays to the Taipa section were caused by a setback in the building of a rail depot on Taipa. The government eventually terminated the contract with the company originally hired to do the work.

Mr Rosário told legislators on Monday that the government was focused on completing the construction works in the Taipa section of the LRT system and extending it to the Barra District on the Macao peninsula.

No timetable has yet been announced for the start of construction on the Macau peninsula section of the rail link. The government plans to present a revised route for the peninsula portion by year-end.

Several investment analysts covering the Macau gaming sector had previously mentioned that Wynn Palace – which opened on August 22 – had experienced a slow ramp-up, particularly for its mass-market business. They said this had been influenced by factors including accessibility to the site, which is off the Cotai Strip and is currently affected at the front of the property by ongoing work for Macau’s light rail system.

Macau’s new Pac On ferry terminal – near the city’s airport on Taipa island, and designed to bring mass-market tourists to the the large Cotai casino resorts nearby – should only be ready to start operations in the first half of next year. The project has been marred by reported delays and controversy, mainly as the result of changes in the design of the terminal, including enlargement of the complex.

Macau’s casino gross gaming revenue (GGR) for the first five days of February is estimated at MOP1.9 billion (US$235.1 million) – or MOP380 million per day – a level that suggests a “45... END_OF_DOCUMENT_TOKEN_TO_BE_REPLACED