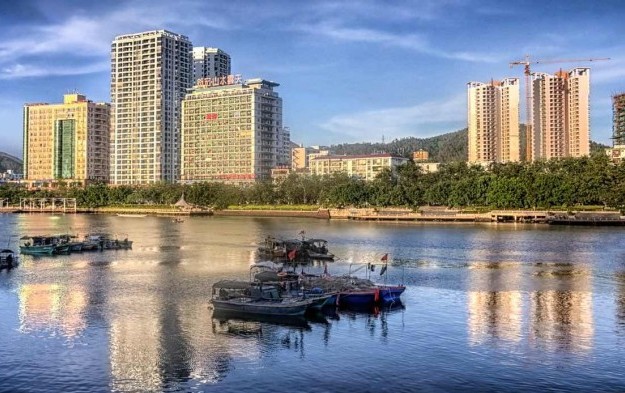 Macau’s Secretary for Economy and Finance, Lionel Leong Vai Tac, said on Sunday that he does not expect a recent central government announcement regarding neighbouring Hainan (pictured) to have a negative impact on Macau. He added that he was confident that Macau’s gaming industry would remain strong.

There has been some speculation in some media outlets that Beijing might experiment with casino liberalisation for mainland Chinese territory via Hainan.

A venue described as a “casino bar” was reported by Reuters in early 2013 to be operating at a hotel complex in Sanya, Hainan, as an “experiment”. At the venue, customers were able to play recognised casino games such as baccarat. But the buy in was via ticket, and winnings were paid in points, not cash, which could only be redeemed for goods and services. Reuters subsequently reported that the Hainan authorities ordered the casino bar to close two days after its story had appeared.

Macau official Mr Leong stated on Sunday: “We always pay attention to policies [enacted] in different regions regarding the development of the gaming industry; assessing how the situation evolves.” His remarks were to local reporters, as quoted by public broadcaster TDM.

He added: “By doing this, we will be aware if these changes will impact in any way [Macau’s] gaming industry and its economy.”

The official said additionally that the Macau market would remain strong, as it continues to diversify its offering. “The development of our own gaming industry and of our non-gaming offering is actually favourable for the comprehensive tourist attractiveness of Macau”.

Mr Leong was speaking on the sidelines of a meeting at the Macau Young Entrepreneurs Incubation Centre.

Grant Govertsen, analyst at brokerage Union Gaming Securities Asia Ltd, said in a Sunday note: “The [Hainan] policy in no way approves anything remotely close to casinos, nor does it even suggest this is a future possibility.”

He added: “What was announced was a free port concept within a special economic zone. Buried inside an exhaustive list of policies, it suggests the development of horse racing; but importantly omits any references to wagering. It also recommends that the idea of an international-style lottery be studied… which suggests that even a lottery isn’t a done deal.”

Macau’s unemployment rate, and the resulting social pressure, could potentially result in “instability” regarding the city’s security, said the Office of the Secretary for Security in... END_OF_DOCUMENT_TOKEN_TO_BE_REPLACED