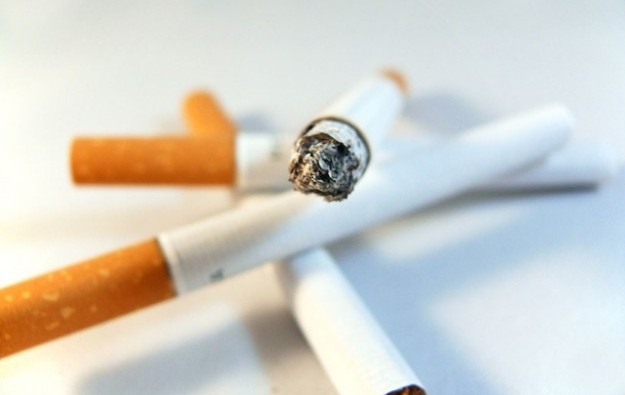 Macau’s Health Bureau has confirmed in a statement that its aim is “totally banning smoking in all enclosed spaces open to the public in the city”.

The casino industry has always argued that VIP gambling rooms in Macau are not “open to the public”. As a result such areas have so far been exempted from tobacco restrictions imposed in phases on the main floors of Macau’s casinos since January 2013.

Under the latest rule changes on October 6, smoking on casino main floors is only allowed in enclosed smoking rooms that do not contain any gaming tables or slot machines.

Nonetheless, the principle of VIP room smoking in Macau seems to be under increasing pressure. Were a ban to be imposed in the high limit rooms, it could hurt the casinos’ earnings. Even with the recent dip in VIP revenue linked to the corruption crackdown in mainland China, high limit rooms using the rolling chip system and operated by junkets still bring in 60 percent of the annual gross gaming revenue tallied by the city’s gaming venues.

VIP gaming spaces are generally physically separated from other parts of the casino, either with walls and doors or by being placed on different floors. As a result it is relatively easy to define them. So called premium mass areas are not always in separate rooms, but are on occasions distant from the main floor.

The industry had understood after consultations with officials that casino operators would be allowed to set up smoking areas with gaming tables and slot machines for premium mass areas on non-main floor zones once the new rules about smoking on the main floors came into effect on October 6. That was provided such zones were “of limited access to specific games and gamblers” in the language used by officials.

But the anti smoking lobby appeared to win a victory after the Macau authorities declared on the eve of the introduction of the new main floor rules that premium mass areas would not be given an exemption.

The government hasn’t so far explained its reasons for the apparent change of mind. But the decision comes against a background of increasing ‘people power’ among the Macau permanent residents and specifically among casino workers.

Union Gaming Research Macau Ltd said in a note on October 9 that “the recently empowered casino dealers could continue to agitate (and threaten public unrest via marches and strikes) for a sooner-rather-than-later extension of the smoking ban to include VIP rooms”.

Table games dealers – made up entirely of local residents – have started to become more vocal in their complaints about the risk to their health of concentrating smoking on certain parts of the floor.

The Health Bureau restated its aim of Macau becoming smoke free in all indoor venues open to the public when announcing on Friday the latest gambling venues to get approval for smoking rooms.

“The Health Bureau will continue to collect data and opinions to enhance policy control,” it said in the statement. It said it will also “collect opinions from the general public, the gaming industry and its staff” before proceeding to revise the law on smoking in 2015. The Health Bureau said that it aims “to achieve the goal of totally banning smoking in all enclosed spaces open to the public in the city.”

Friday’s statement takes to 17 the number of venues authorised to run smoking lounges since smoking was banned from Macau gambling venues’ main floors from October 6.

The biggest omissions from the list are MGM Macau, operated by MGM China Holdings Ltd, and Casino Grand Lisboa and Casino Lisboa run by SJM Holdings Ltd, which have still not been officially authorised to have smoking rooms.

The government had already approved the operation of smoking lounges at 12 gaming venues as of October 6.

The Health Bureau said that as of Friday, 14 people, 12 of them tourists, had been fined for breaches of the new casino smoking rules.

China has moved one step closer towards reopening, by relaxing some its Covid-19 control measures, with most infected people now able to quarantine at home rather than in state-sanctioned... END_OF_DOCUMENT_TOKEN_TO_BE_REPLACED