Macau on track for best quarter since 2Q 2014: analyst 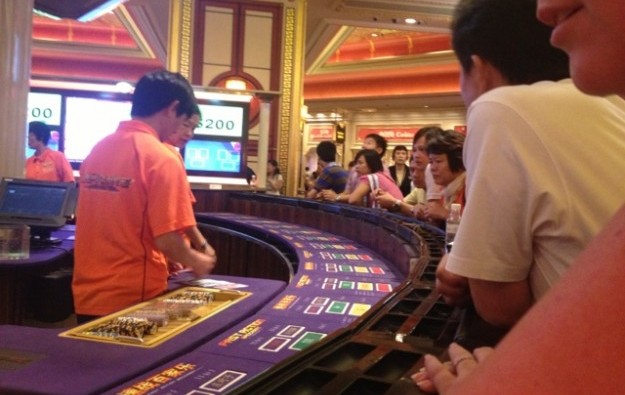 Christopher Jones, an analyst at the Buckingham Research Group Inc, stated in a Monday note that even a year-on-year improvement of 1 percent in September casino GGR could result in the best quarterly performance in the Macau market since the second quarter of 2014.

“For the month of September, we are projecting overall gross gaming revenues for Macau to be flat to +1 percent with the prior year… which would put third-quarter 2016 GGR at down 3.0 percent to down 3.3 percent year-on-year,” said Mr Jones.

That would be the “best quarterly performance the market has seen since the second quarter 2014,” he added. In that quarter, casino GGR expanded by 5.5 percent year-on-year.

Recent debate in the investment community has focused on how far – if at all – Macau gaming revenue has stabilised following 26 straight months of year-on-year decline. August’s expansion of 1.1 percent – that some analysts attributed, using unofficial data, to the performance of the mass segment – was the first hint such stabilisation might be occurring, said the more bullish voices.

Cameron McKnight, an analyst at brokerage Wells Fargo Securities LLC, stated in a Monday note: “We think the recent pop in revenues has all been driven by the VIP segment, and not an increase in mass and premium mass traffic and play.”

Wells Fargo said: “Based on checks through September 25, we estimate September Macau gaming revenues flat to +4 percent year-on-year, versus consensus of around +1 percent.”

The Wells Fargo analyst added – referring to the opening on August 22 of Wynn Palace, a new high-end focused Cotai property from Wynn Macau Ltd; and to the launch on September 13 of the Parisian Macao, a more mid-market Cotai venue from Sands China Ltd: “The new VIP rooms have seen additional credit extended to junkets, incenting play. VIP business is inherently volatile week to week and month to month, especially on today’s much smaller customer base.”

VIP play accounted for 52.9 percent of Macau’s casino GGR in the first half of 2016, according to official data; a reduction from the boom years of the VIP segment when it provided 60 percent plus of the city’s annual casino GGR.

Analysts at Sanford C. Bernstein Ltd said in a Monday note that Macau casino GGR in the second half of September had “materially weakened” compared to the first half of the month.

“Without real market share breakdowns by operator or VIP/mass splits, the weekly GGR numbers need to be taken in light of what they are – directionally valuable, but not to be heavily relied upon for investment decisions,” they added.

The investment community is likely to pay close attention to the Macau market’s performance during the so-called “Golden Week” period surrounding China’s National Day on October 1; when many mainland residents take holiday from work, and visitor numbers to Macau typically spike.

“We’re currently in the traditional ‘lull’ ahead of the holiday,” noted Wells Fargo’s Mr McKnight, adding “the big holidays… have become periods of relative strength as the market has turned down”.

The imminent return of package tours from mainland China will not only help boost Macau’s tourism businesses, but is also expected to help casinos gain more foot traffic in their mass gaming... END_OF_DOCUMENT_TOKEN_TO_BE_REPLACED