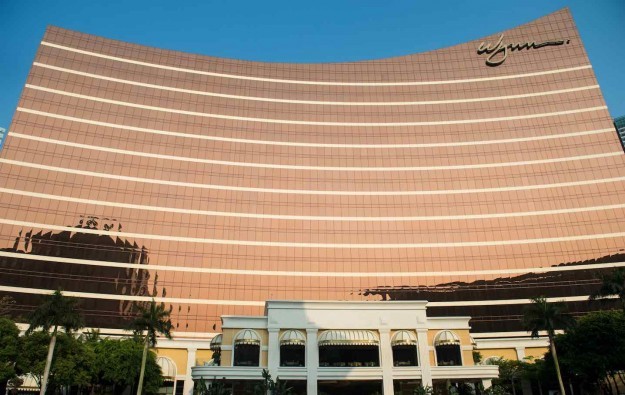 Macau casino operator Wynn Macau Ltd reported total revenues of approximately US$1.10 billion in the second quarter of 2017, up 71.6 percent compared with nearly US$639.3 million in the prior-year quarter. Casino revenue rose by 68.4 percent year-on-year, to US$1.02 billion.

The unaudited results of the Macau unit were filed on Wednesday with the Hong Kong Stock Exchange, and prepared in accordance with International Financial Reporting Standards.

Wynn Macau Ltd recorded net profit of US$102.6 million in the second quarter of 2017, up 57.5 percent compared with nearly US$65.1 million in the prior-year period.

The results of the Macau unit helped Las Vegas-based Wynn Resorts Ltd deliver second-quarter revenue that topped analysts’ estimates. The global operations of Wynn Resorts – including Las Vegas, in the United States, and Macau – generated net revenues of US$1.53 billion for the second quarter of 2017, up 44.5 percent compared to US$1.06 billion in the same period a year earlier.

The company said the growth was driven by the results of Wynn Palace, a property that opened in Macau’s Cotai district in August, as well as increases in revenue from Wynn Macau property and the Las Vegas operations.

Adjusted property earnings before interest, taxation, depreciation and amortisation (EBITDA) for the group were US$430.0 million for the second quarter of 2017, up 37.5 percent from a year earlier.

“What is clear is that things are moving along [in Macau], our VIP business has picked up in both hotels and the mid-market is growing,” said company chairman and chief executive Steve Wynn on Tuesday during an earnings conference call with analysts, for the U.S.-based parent Wynn Resorts.

Mr Wynn nonetheless noted that Wynn Palace “still suffers from the dislocation of potential walk-in [customers] because of the extreme construction” that surrounds the Cotai property.

Investment analysts said the Macau unit’s second-quarter results were in line with expectations, showing a strong performance from the Wynn Macau property on the peninsula offset by weaker Wynn Palace performance.

Net revenues from the Wynn Macau casino hotel property on Macau peninsula were US$682.7 million for the three months to June 30, a 6.8-percent increase from US$639.3 million for the same period of 2016.

Adjusted EBITDA from the Wynn Macau resort were US$210.4 million for second quarter 2017, a 10.5-percent increase from US$190.4 million in the prior-year period.

Table games turnover in the Wynn Macau VIP operations grew by 35.3 percent year-on-year, to US$16.02 billion. VIP table games win as a percentage of turnover – calculated before commissions – was 3.53 percent, above the expected range of up to 3.0 percent and below the 3.98 percent experienced in the second quarter of 2016.

Slot machine handle was US$867.9 million in the three months ended June 30, a 7.6 percent from the prior-year period.

Non-casino revenues before promotional allowances from Wynn Macau were US$60.8 million for the April to June period, a 10.8-percent decrease from US$68.1 million a year earlier.

Wynn Macau Ltd president Ian Coughlan said on the conference call that the VIP strength at Wynn Palace has continued in the three months to June 30. “We haven’t cannibalised our VIP and junkets from downtown [Wynn Macau],” he said, adding that the peninsula property has seen sequential growth in junket business for “three quarters in a row”.

The Wynn Palace property on Cotai opened on August 22, with the second quarter of 2017 representing the third full quarter of operations.

Net revenues and adjusted property EBITDA from Wynn Palace were US$414.7 million and US$87.4 million, respectively, for the second quarter of 2017.

Second-quarter casino revenues from Wynn Palace were US$372.2 million. Table games turnover in VIP operations was US$11.60 billion and table games win as a percentage of turnover – calculated before commissions – was 2.18 percent, below the expected range of 2.7 percent to 3.0 percent.

Wynn Palace suffered significantly low hold in April as one junket suffered a loss during the month, said Mr Wynn during the conference call.

“We had probably the most unique statistical anomaly in my 50 years of doing this [business],” said Mr Wynn. “With enormous volume, one of our leading outlets [junkets] lost money for an entire month. Not only did they not hold correctly, they went minus. That’s an outlet that in both downtown and Cotai performs beautifully all the time, but in April the bottom fell out and all the players won millions of dollars,” he added.

Commenting on the volatility, Mr Coughlan said: “What we’ve seen with particularly hold in the junkets, is when we have extremely high volumes than we do seem to hold better, when we have less volume we have higher volatility, which has been an issue in Wynn Palace in some occasions. Usually, these things over time sort themselves out.”

Non-casino revenues before promotional allowances from Wynn Palace were US$79.5 million for the reporting period.

On the call with analysts, Mr Wynn said the mass-market segment for Wynn Palace faces some difficulties due to continued construction surrounding the property.

“The mass market [at Wynn Palace] is really affected by the physicality of the neighbourhood. We are literally surrounded on four sides, by things that are under construction that will all add to our mass segment,” said the firm’s CEO.

The company said it expects the construction of a cross-walk bridge through the light rail transit station to be completed by the end of August, although the actual operation could occur a little later.

Mr Wynn also made brief commentary about phase 2 development at Wynn Palace. While no timing or specifics were given, the company said it anticipated development of a new hotel tower, along with restaurants, retail, and meeting space. Gaming areas may not be part of phase 2, as Mr Wynn said he does not believe more such space is critical for the expansion.

“As soon as the [Macau] government lets us, we’ll build some more beautiful hotel towers [at Wynn Palace], with or without gaming. That’s not the most important thing,” said Mr Wynn.

Sanford Bernstein analysts Vitaly Umansky, Zhen Gong and Yang Xie said in Wednesday’s memo: “We do not anticipate such development until there is clarity surrounding concession renewals and the Macau recovery is more sustained.”