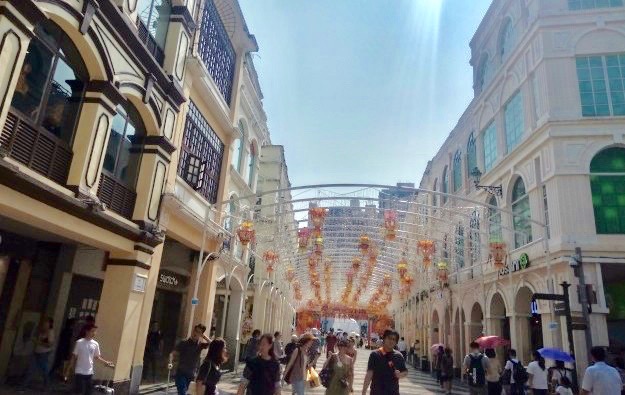 Just over 3.2 million visitor arrivals were recorded in Macau during October, up by 1.8 percent year-on-year, according to the latest data released by the city’s Statistics and Census Service. But it was the third consecutive month that the city saw a year-on-year decline in overnight visitors.

During October as a whole, Macau had an aggregate of nearly 1.73 million same-day visitors, up 8.1 percent when compared to a year ago. But the tally of overnight visitors dropped by 4.8 percent year-on-year to just over 1.47 million.

The tourist arrival data for October indicated that the duration of visit for same-day visitors and overnighters was respectively 0.2 of a day and 2.4 days.

The decline in Macau’s overnight-visitor segment is a headwind that – if sustained – could impact the sustainability of growth for 2020 in the city’s mass-market gambling business, some investment analysts have suggested.

Overnight visitors to Macau spent around four times as much in aggregate on non-gaming items during the third quarter than did same-day tourists, the statistics bureau had said in other data released on Tuesday.

In the latest information on Macau tourism, the government said that in October the number of visitors from mainland China expanded by only 1.5 percent year-on-year to approximately 2.34 million. About half of them came from the city’s neighbouring mainland province, Guangdong.

The tally of visitors under the Individual Visit Scheme – mainland China’s exit permit system for outbound tourists travelling independently rather than in tour groups – was down by 1.9 percent year-on-year to 1.08 million, official data showed.

During October, the tally of visitors from a majority of places outside China – especially the long-haul visitors – saw a year-on-year decline.

Macau’s visitor arrivals in the ten months to October 31 rose by 15.3 percent from the prior-year period to over 33.41 million. Same-day visitor numbers rose by 28 percent year-on-year in the period, to nearly 17.66 million; while the number of overnight visitors increased by 3.9 percent to nearly 15.75 million.

Mainland China residents accounted for 71.2 percent of the aggregate number of visitors in the first ten months this year, or nearly 23.8 million visitors, up 15.9 percent from the prior-year period.