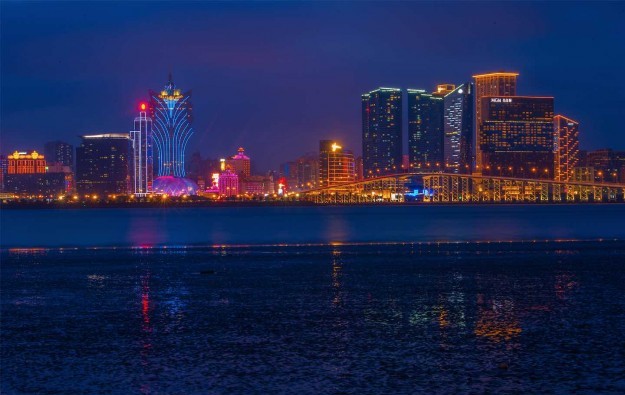 Mr Klebanow told GGRAsia that Macau’s gaming market is likely to change in a way similar to what happened in Las Vegas, the main gaming hub in the United States, where the traditional downtown gaming district was eventually overshadowed by the Las Vegas Strip.

“What the industry can expect to see is a pattern that was witnessed in Las Vegas, dating back to the opening of the Mirage in 1989 and the succession of casino resorts that opened on the Las Vegas Strip through the 1990s,” Mr Klebanow said.

He added: “Downtown Las Vegas devolved into a second tier gaming destination, attracting people with low-priced accommodations, cheap food and better gaming odds. Not only did that not stop the loss of market share to the Strip, it prevented downtown owners from reinvesting in their properties… In short, the [Macau] Peninsula casinos with one or two notable exceptions, will continue to lose market share to those more alluring properties on Cotai.”

Most of the new hotel rooms added to the Macau market in recent years have been on Cotai rather than the peninsula. Many of the hotel rooms currently on Cotai are in the five-star category.

GMA’s Mr Klebanow said the transformation of the traditional downtown casino district on Macau peninsula did not mean properties there would all go out of business.

“The majority of the peninsula casinos will survive,” he stated. “They will always enjoy the advantage of having properties that are easy to get in and out of… Some of those properties will be sold to more nimble operators or to people and companies that think they can operate those casinos better than their predecessors. What is inevitable though, is the continued growth in market share by the casinos on Cotai,” he added.

Only two of the six Macau casino operators still do not have properties in operation on Cotai, namely SJM Holdings Ltd and MGM China Holdings Ltd. Both operators posted lacklustre revenue in the second quarter of 2017. These results contrasted with a rebound seen in the overall market. Casino gross gaming revenue (GGR) in Macau rose 21.9 percent year-on-year in the three months to June 30, according to data released by the local regulator, the Gaming Inspection and Coordination Bureau.

The chief executive of SJM Holdings, Ambrose So Shu Fai, stated that his firm’s second quarter GGR performance was partially impacted by adverse casino win rates – so-called “bad luck”. But in a filing to the Hong Kong Stock Exchange, MGM China mentioned “an ongoing market share migration from the Macau Peninsula to Cotai”, which resulted in a year-on-year decline in the firm’s overall gaming market share for the first six months of 2017.

“First, for those operators that opened new properties on Cotai, those properties each increased the supply of tables and slots for their respective owners… Second, the succession of new properties that have opened on Cotai in the past 18 months have attracted both gamers who had traditionally played at peninsula casinos as well as tourists from the Great Pearl River Delta who were eager to see these highly themed, multi-billion dollar integrated resorts,” he stated.

Alex Bumazhny, senior director of gaming, lodging and leisure at Fitch Ratings Inc, is more optimistic about the future of the casinos in the Macau peninsula.

“While we expect the centre of gravity to shift to Cotai over time, the recent better results of Cotai operators relative to SJM Holdings and MGM China has more to do with Cotai operators adding incremental capacity over the past two years or so, not necessarily just because they are more Cotai oriented. The casinos in the main downtown cluster – including Grand Lisboa, Wynn Macau and MGM Macau – are still doing fine, especially considering the new supply coming online on Cotai,” Mr Bumazhny told GGRAsia.

He acknowledged the competitive advantages the Cotai properties enjoy, including the offering of amenities such as shopping and entertainment that are lacking in the Macau Peninsula casino properties.

“As a critical mass of resorts comes online in Cotai and customers are acclimated to these amenities they will over time shift their play towards Cotai. With larger casino floors and hotel towers, Cotai properties are better positioned to attract base mass business, which has been priced out of Macau historically,” he said.

Mr Bumazhny however noted that the recent growth of GGR in Cotai seemed to be more VIP-driven than related to a surge in mass market gambling.

“The base mass market that the Cotai assets were designed to drive has been slower to respond to the new capacity. The bulk of the recent upsurge has been high-end related, and the downtown assets are seemingly capable to serve that market, at least for the time being,” said the Fitch analyst.

China has moved one step closer towards reopening, by relaxing some its Covid-19 control measures, with most infected people now able to quarantine at home rather than in state-sanctioned... END_OF_DOCUMENT_TOKEN_TO_BE_REPLACED