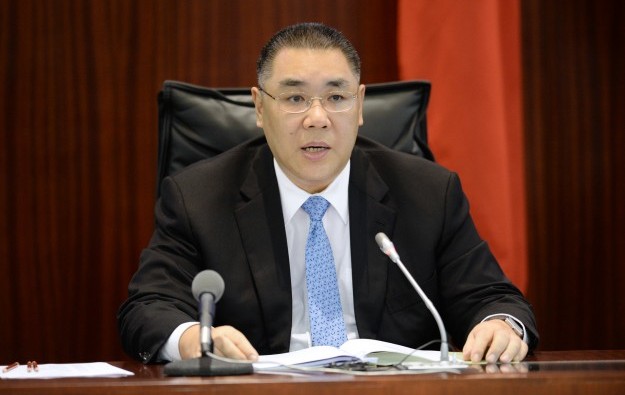 The Macau government plans to conduct a specific audit on the credit issuance records of the city’s VIP gaming promoters, a group of businesses also known as junket operators. The move was mentioned in the government’s policy address for 2017, presented on Tuesday.

The audit is scheduled to start in February next year and is to be concluded by the end of 2017, according to the document presented by the Chief Executive of the city’s government, Fernando Chui Sai On (pictured).

It will also look into “temporary deposits” accepted by junket operators.

Macau junket operators have commonly raised capital for their casino rolling chip programmes by offering private investors above-market interest rates for their deposits. That capital was then used to extend credit to VIP players mostly coming from mainland China. However, recent cases of internal fraud involving some Macau junket operators have led to private investors losing significant amounts of money invested via such schemes, which are not protected under the provisions of Macau’s financial services rules.

The Macau government announced in October last year new stricter accounting rules for VIP gaming promoters. According to the new guidelines, all junket operators are to compile and submit monthly accounting reports to the gaming regulator.

On Tuesday, the director of Macau’s Gaming Inspection and Coordination Bureau, Paulo Martins Chan, said the government had finished auditing the financial statements of the city’s junket operators, in a bid to assess the amount of bad debts within the industry.

Mr Chan said the bureau inspected the accounting system of a total of 145 junkets, with about 19 of them not complying with the new requirements. The gaming regulator gave until the end of the year for these junket operators to improve their accounting system, he said.

Mr Chui also said the government would continue to strengthen supervision of the gaming industry and to control the sector’s development.

“The government is committed to increase the international competiveness of the [Macau] gaming sector, by controlling its development, improving the regulatory framework and strengthening supervision of gaming operators, junkets and junket agents,” he stated.

In a press conference following his policy address speech, Mr Chui forecast Macau’s 2017 casino gross gaming revenue (GGR) would total MOP200 billion (US$25 billion). That is the same number the government forecast for 2016.

The Chief Executive vowed to promote local employment and improve social welfare – the government will again offer in 2017 annual cash handouts of MOP9,000 and MOP5,400 respectively for permanent and non-permanent residents. The government is also proposing a 2.5-percent salary increase for civil servants in 2017, similar to the increase given this year.

The Macau Chief Executive stated once again that – during the current term – his government would maintain the prohibition on gaming operators importing workers for casino dealer positions.

The policy address 2017 document also mentions the Macau government’s goal of increasing the share of locals working in middle- and upper-level management positions in the city’s casino industry to 85 percent of all such employees. The target already had been included in the city’s first Five-Year Development Plan, covering the period 2016 to 2020.

Data provided by the Macau government shows that the proportion of Macau locals in either middle-management posts or above in the city’s casino industry stood at 81.9 percent last year.

Most of Macau’s casino operators are likely to generate positive free cash flow in the first quarter, given the robust recovery level of mass-market gross gaming revenue (GGR) in January, relative... END_OF_DOCUMENT_TOKEN_TO_BE_REPLACED