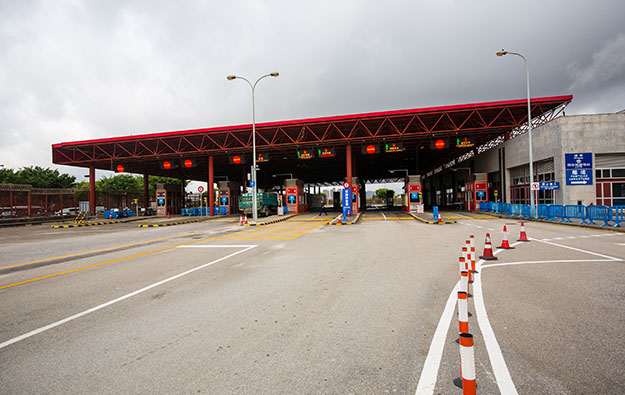 The grounds for the alleged illegal entrants being banned were not mentioned in local media reports.

The Judiciary Police told local media in a briefing on Monday that they received a tip-off in June, alerting them of the alleged criminal activity.

“The unauthorised travellers would contact the suspects when they wanted to enter or leave Macau. When the suspects were on duty at the Lotus Bridge checkpoint, they would arrange for those unauthorised travellers to pass the checkpoint through the vehicle channels when they were the only ones that were guarding the channels,” said Ho Chan Nam, a spokesperson from the Judiciary Police.

Chinese-language newspaper Macao Daily News said – quoting the Judiciary Police – that the alleged ring had been in existence “for at least eight months and had assisted at least 10 mainlanders who were active in casinos to illegally enter Macau”.

The two Public Security Police officers were arrested early on Sunday morning at the Lotus Bridge checkpoint. The Judiciary Police also took into custody a woman alleged to have assisted the group to communicate with its clients, as well as four mainland residents.

The Chinese-language service of public broadcaster TDM said – quoting the Judiciary Police – that of the four mainland residents detained, three had previously been banned from entering Macau.

The authority is still investigating to determine whether more police officers were involved.

On Tuesday the Judiciary Police announced that in a second – unrelated – incident, a 46-year-old jobless man surnamed Wang, was detected in the early hours of Monday attempting to assist a jobless 40-year-old man from mainland China to enter Macau “illegally”. The alleged incident occurred at the Gongbei border gate that connects Macau peninsula with the neighbouring mainland city of Zhuhai.

A Macau court was offered evidence on Monday, including of recordings from police-wiretapped telephone conversation, that the prosecution says proves the direct involvement of Levo Chan Weng Lin... END_OF_DOCUMENT_TOKEN_TO_BE_REPLACED