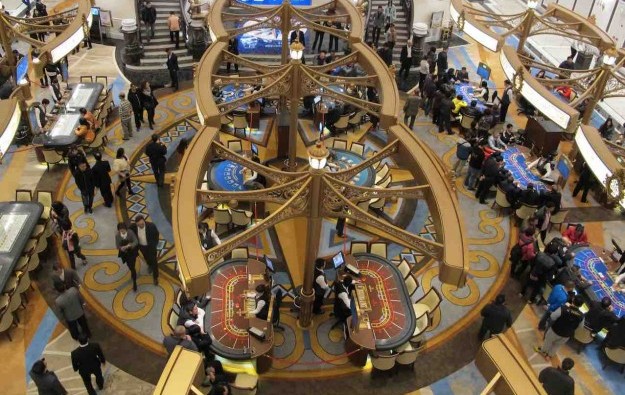 Macau’s casino industry is likely to have been strong in the premium mass sector in the first quarter of 2017, says Deutsche Bank Securities Inc. It added the segment’s performance would be “the key to driving upside” in stock valuation of casino operators in the near term.

“Macau gross gaming revenue (GGR) grew 13.0 percent year-on-year in the first quarter of 2017 and was up 5.1 percent on a sequential basis,” analysts Carlo Santarelli and Danny Valoy wrote in a note issued on Wednesday.

They added: “While VIP has been largely credited with the acceleration of growth in the period, we believe mass trends, driven primarily by the premium mass segment, remained strong, showing modest sequential growth and 11 percent year-on-year growth.”

The official market split between VIP and mass-market play for the first quarter of 2017 has not yet been published by the local regulator, the Gaming Inspection and Coordination Bureau.

Deutsche Bank estimated casino operator-reported VIP GGR was likely to have gone up by approximately 15 percent year-on-year in the first quarter.

Analysts Mr Santarelli and Mr Valoy stated: “Please note that these forecasts are our projections of company reported segment metrics and thus, they will not mirror the [Macau gaming regulator] segment splits, which we expected to be released next week. Recall, reclassification activity and variant reporting of mass and VIP revenue amongst operators makes assessing gaming segment GGR comps [comparisons] more of an art than a science.”

They noted that – while it appeared as though the gap between company reported-GGR and the Macau regulator-reported segment GGR “was tightening” throughout 2016 – “with the pronounced acceleration in premium mass in recent months, we expect this gap to again widen on a sequential basis.”

Looking ahead, the Deutsche Bank note stated that casino management commentary on premium mass – during the upcoming release season of first quarter results – “will be critical, as it is the likely source of potential upside revisions” regarding stock valuation.

Macau’s Court of Final Appeal announced on Monday sentences in relation to a total of nine cases concerning debt claims involving junket operators based at local casinos. In all the cases, the... END_OF_DOCUMENT_TOKEN_TO_BE_REPLACED