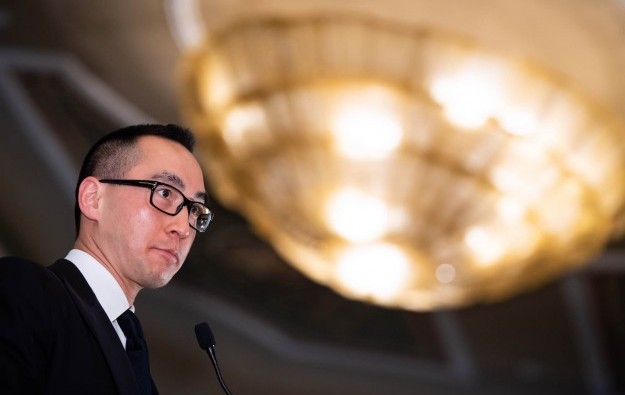 The recovery of Macau’s gaming market to pre-Covid-19 levels is likely to take longer than initially expected, says the chairman and chief executive of casino operator Melco Resorts and Entertainment Ltd, Lawrence Ho Yau Lung (pictured in a file photo). The resumption of exit tourist visas to Macau by mainland authorities will fuel a rebound, but such recovery is going to be “gradual”, not V-shaped, Mr Ho added.

He made the comments on Melco Resorts’ second-quarter earnings call on Thursday. The group made a loss of US$368.1 million, in the three months to June 30, compared to a net profit of nearly US$101.8 million in second-quarter 2019.

The mainland China authorities have recently acted to ease travel movement to Macau, which has not reported a new case of Covid-19 for several months. Following the resumption of travel visas to Macau by neighbouring Zhuhai city on August 12, the rest of Guangdong province is set to follow suit on August 26. The measure is scheduled to be reinstated for all mainland provinces from September 23, according to an announcement from China’s National Immigration Administration earlier this month.

Exit travel visas to Macau by mainland authorities include visas for package tour trips and for independent travel under China’s Individual Visit Scheme, also known by its acronym IVS.

During the call, Mr Ho said that once there was formal resumption in the “key” market Guangdong, of province-wide exit visas for Macau tourism, it was likely to take “around seven-to-10 days” for each visa application to be proceed by the relevant mainland authorities.

He added: “We expect benefits from these relaxations to start flowing through from September onwards.”

Mr Ho however stated that visitor numbers – and gaming revenue – recovery in Macau in the short term would be “gradual”.

“It’s not going to be a V-shaped recovery because at the end of the day, people will still be traveling outside [of mainland China] for the very first time,” he said. “We still think the recovery will be very nice, but it’s going to take a little bit longer than we had hoped.”

Mr Ho stated that Melco Resorts’ properties were focused on the “premium mass and also the premium VIP segments”, which he said meant the firm’s business model was not dependent on high volumes of mass-market visitors. The executive stated he expected those segments to lead market recovery in Macau.

During the conference call, the company’s chief operating officer – Macau resorts, David Sisk, said Macau’s gaming resorts were still getting modest volumes of customers. “While the visitation is a bit better in the properties, it’s still really light, and we’re coming off an incredibly low number,” he stated.

Data from Macau’s Statistics and Census Service show that visitor arrivals to Macau for July stood at slightly above 74,000, which was nonetheless a month-on-month surge of 228.1 percent. However, Macau had welcomed more than 3.5 million visitors in July 2019.

During the call with investment analysts, Melco Resorts’ management stated it had been “quick to formulate strategies to preserve liquidity and to improve the health” of its balance sheet following the negative impact of the Covid-19 pandemic on operations. That included a further reduction of the firm’s monthly run rate to US$1.7 million per day in July, compared to US$1.9 million in the second quarter.

Management said it expected to achieve break-even in terms of adjusted property earnings before interest, taxation, depreciation and amortisation upon reaching “approximately 30 percent to 35 percent” of its “historical gross gaming revenue levels”.

In the call with investment analysts, Mr Ho reiterated Melco Resorts’ “long-term commitment” to the development of a casino resort in Japan.

“We continue to believe that Japan represents the best new integrated resort development opportunity outside of Macau,” Mr Ho said.

He added: “We know that a number of our global competitors have abandoned their efforts in Japan… When I entered this race more than a decade ago, I knew it was a marathon and not a sprint.”

Most of the international casino operators that have been publicly linked with pursuit of a Japan project are currently coping with either a large downturn in casino gross gaming revenue from existing operations, or ongoing temporary closure of facilities.

Casino operator Wynn Resorts Ltd – which had previously announced a “Yokohama focus” – confirmed earlier this month it was – in the words of chief executive Matt Maddox – “pretty much ceasing” its efforts in Japan, at least until there were meaningful developments regarding that market.

Las Vegas Sands Corp, another firm linked with Yokohama, had already said in May it was pulling out of the race for a Japan casino licence, with the group’s chairman and chief executive, Sheldon Adelson, saying the “framework” for development in Japan had made the firm’s goals there “unreachable”.

The liquidity of casino group Las Vegas Sands Corp is “strong”, with over US$6.4 billion of consolidated cash and nearly US$3.5 billion of undrawn revolving credit facility capacity, said a... END_OF_DOCUMENT_TOKEN_TO_BE_REPLACED