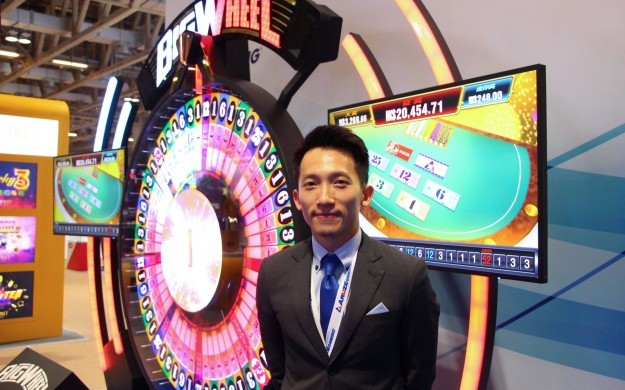 Aruze Gaming Macau senior sales manager Kevin Lee (pictured) told GGRAsia on Thursday at the MGS Entertainment Show (MGS) 2017 that skill-based games was an important trend in the slot machine and electronic table game (ETG) segments. Typically with such games, a percentage of the overall return to player set for the machine is reserved for a feature where the player needs to use skill and judgement in order to succeed.

“The introduction of skill-based games really depends on the laws and regulations. We are still uncertain about that, and we have to enquire of the Macau Gaming Inspection and Coordination Bureau whether it is plausible,” Mr Lee said.

He added: “Young people like playing video games. If there are things that [players] can control, that is [a better experience].”

The senior sales manager said that nonetheless the Macau gaming regulator had encouraged suppliers to look into skill-based games.

In July last year, Paulo Martins Chan, director of the local gaming bureau, suggested the city’s venues might be able to provide different types of slot machines than currently available, in order to make the mass floors more appealing to customers.

Regarding this year’s MGS Entertainment Show, Mr Lee said he had noticed a growth in the number of visitors to the show and to his company’s booth, with many showing interest in its latest products such as its electronic game called Super Big Wheel.

Mr Lee also revealed that the company is not only focusing on the Macau market. “We think that some other big markets, including Philippines and Vietnam, have a lot of potential,” he said.

He added: “I believe that there will be more integrated resorts in Vietnam, which makes it the next focus.”

The year 2024 is still the targeted start date for operation of a five-star hotel and casino complex at the Westside City Project (pictured in an artist’s rendering) in Manila, the Philippine... END_OF_DOCUMENT_TOKEN_TO_BE_REPLACED