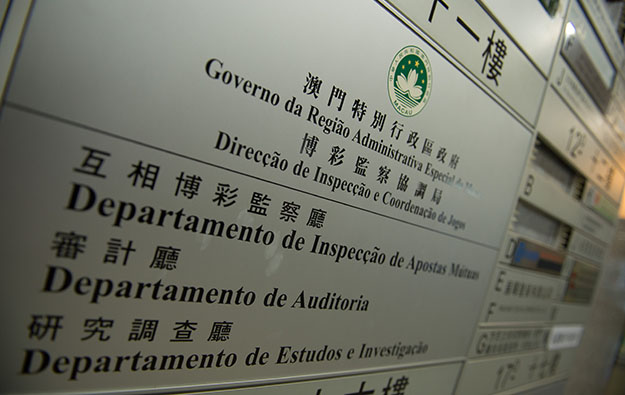 Macau’s casino regulator, the Gaming Inspection and Coordination Bureau, also known as DICJ, has told GGRAsia that it is paying attention to the situation in Australia regarding that country’s casino company Crown Resorts Ltd.

Accounts carried in Australian media over the weekend alleged Crown Resorts’ Australian casino business had been a conduit for money laundering and Chinese organised crime activities via high-roller gambling.

One of Macau’s licensed casino operators, Melco Resorts and Entertainment Ltd, said in May it would pay US$1.2 billion to acquire a 19.99-percent stake in Crown Resorts, thereby becoming its second-biggest stockholder.

Australia’s attorney-general told the country’s parliament on Tuesday that he had referred the media allegations against Crown Resorts – including alleged fast-tracking of visas for a few wealthy overseas gamblers with assistance from the authorities – to the Australian Commission for Law Enforcement Integrity, which would determine whether a further probe were needed.

Macau’s gaming regulator told GGRAsia on Wednesday – in response to our enquiry about whether the Crown Resorts controversy had any impact on Melco Resorts’ suitability in the Macau market: “The DICJ continues to pay attention to the matter. If it’s related to Macau’s gaming industry, the bureau will follow up the matter under its competence.”

GGRAsia first approached Melco Resorts on Monday asking if it had any comment regarding the weekend media claims against Crown Resorts. Melco Resorts acknowledged the same day our enquiry. We had not received any response to our follow-up enquiry at the time this story went online.

The board of Crown Resorts on Wednesday rebutted the allegations carried in the reports published by The Age and The Sydney Morning Herald newspapers, along with the 60 Minutes television programme carried on Australia’s Nine Network, calling the reports a “deceitful campaign” against the company.

“As a board, we are extremely concerned for our staff, shareholders and other stakeholders, as much of this unbalanced and sensationalised reporting is based on unsubstantiated allegations, exaggerations, unsupported connections and outright falsehoods,” said the statement filed with the Australian Securities Exchange.

It added: “Crown operates in one of the most highly regulated industries in Australia and takes its responsibility to comply with its obligations very seriously.”

Crown Resorts – which has traditionally been strong in high-stakes play – runs a gaming resort in Melbourne, Victoria; one in Perth, Western Australia; and is developing a third at Barangaroo in Sydney, New South Wales.

The casino firm’s board also stated that the junkets that it works with “are independent operators who arrange for their customers to visit many casinos globally”.

“Crown itself has a robust process for vetting junket operators, including a combination of probity, integrity and police checks, and Crown undertakes regular reviews of these operators in the light of new or additional information,” it said in Wednesday’s statement.

A Macau court was offered evidence on Monday, including of recordings from police-wiretapped telephone conversation, that the prosecution says proves the direct involvement of Levo Chan Weng Lin... END_OF_DOCUMENT_TOKEN_TO_BE_REPLACED