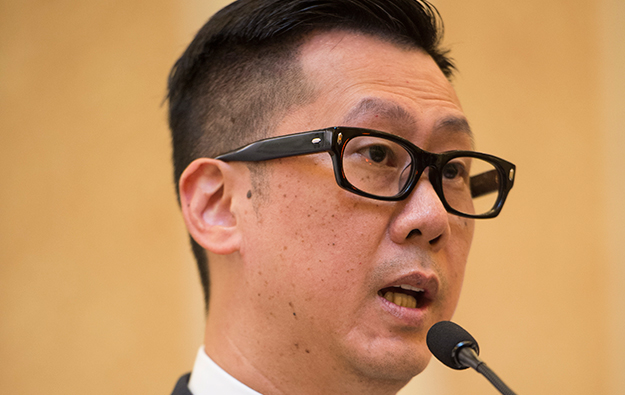 On Friday, a statement from the local regulator merely hinted that the transaction was in order based on the information the regulator had to hand, without asserting it as fact.

The Friday statement had also only explicitly addressed the disposal by Steve Wynn – the former chairman and chief executive of Wynn Resorts – of his shares of Wynn Resorts. It had not addressed Galaxy Entertainment’s acquisition of Wynn Resorts shares from unidentified parties, as announced on Thursday.

But on Sunday Paulo Martins Chan (pictured in a file photo), director of Macau’s Gaming Inspection and Coordination Bureau (DICJ) told local media: “I want to stress that the party that was selling shares was Wynn Resorts in the U.S., not Wynn Macau. Therefore, [Galaxy Entertainment] is only indirectly holding shares of Wynn Macau.”

Mr Chan also noted in his Sunday comments: “The law also states clearly that we allow [a Macau gaming concessionaire] to conduct such type of investment if they are indirectly holding no more than a certain percentage [in another Macau licence holder].”

Although Mr Chan still added some qualification to his commentary.

“According to our understanding, we don’t see any breach of regulations at this preliminary stage. It also doesn’t pose a major impact on the normal operation of the Macau gaming industry,” stated Mr Chan.

The Chinese-language service of Macau public broadcaster TDM indirectly quoted the regulator saying he did not see the acquiring – by Galaxy Entertainment – of the Wynn Resorts’ stake as having any impact on Macau’s gaming concession renewal at this stage. The city’s six current licence holders are to see expiry of their current rights in either 2020 or 2022.

According to Bloomberg, the Nevada Gaming Control Board is to consider the acquisition by Galaxy Entertainment of Wynn Resorts shares. Wynn Resorts is a regulated operator in the Las Vegas, Nevada, market.

China has moved one step closer towards reopening, by relaxing some its Covid-19 control measures, with most infected people now able to quarantine at home rather than in state-sanctioned... END_OF_DOCUMENT_TOKEN_TO_BE_REPLACED