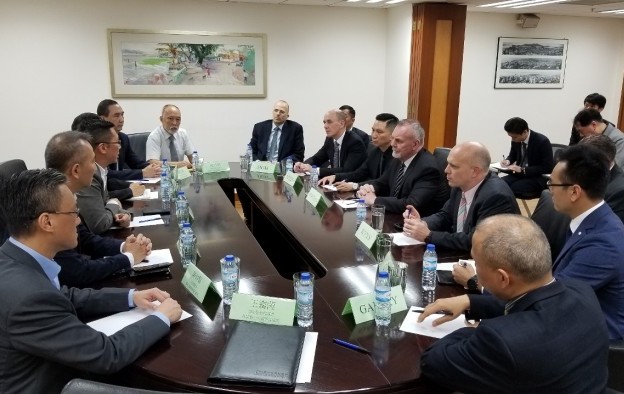 Macau’s casino regulator, the Gaming Inspection and Coordination Bureau, also known as DICJ, has urged the city’s six gaming operators to improve security measures at their venues, following the theft on Friday of gaming chips at one of the city’s casinos.

In an urgent meeting, the head of the gaming regulator, Paulo Martins Chan, urged the city’s gaming operators to beef up security measures at their respective casinos. He suggested strengthening of security measures implemented by the operators, suggesting the companies “actively collaborate” with local police authorities, according to a statement released on Friday.

Gaming chips worth approximately HKD3 million (US$382,000) were reported to have been stolen from what Macau’s Judiciary Police described as “the gaming venue inside the Four Seasons hotel”, allegedly by two masked men wielding pepper spray. That was understood to be a reference to the Plaza casino at the Four Seasons Macao, a property of Macau casino operator Sands China Ltd.

In Friday’s statement, the DICJ said it would “keep close contact” with Macau law enforcement authorities, as well as “cooperate fully with any investigation”.

The statement also quoted the head of the gaming and economic crimes investigation department of the Judiciary Police, Luís Leong, as saying that the force had been “paying close attention” to the issue of security in and around casino venues, having also increased the number of patrols in the areas where gaming venues are located.

In the weekend press conference, the Judiciary Police said additionally that mainland China authorities had also arrested four people suspected of being involved in the Cotai knife attack reported last week that left one person fatally wounded. The four suspects detained were men from mainland China, the force said.

On May 18, four men from mainland China were reportedly stabbed, one fatally, during a fight near the Four Seasons Macao. The incident happened below a footbridge connecting that property to Sands Cotai Central.

The Judiciary Police said its investigation led the police to believe the case to be prostitution-related, with the incident having taken place due to a conflict between two rival groups.

The Macau government announced on Tuesday tightening of its Covid-19 testing requirements for front-line casino staff, halving the interval between nucleic acid tests to every two days, from every... END_OF_DOCUMENT_TOKEN_TO_BE_REPLACED