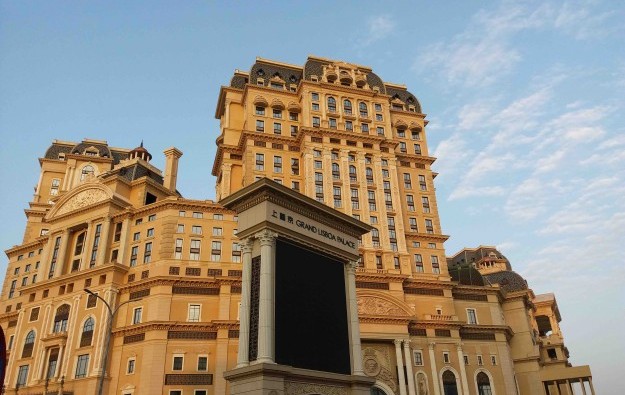 Macau resort “product” would be a positive catalyst for the sector in 2020, including the expected opening of the HKD39-billion (US$5-billion) Grand Lisboa Palace (pictured) from SJM Holdings Ltd on Cotai, and revamps to existing gaming resorts in the city, said Jefferies Group LLC.

Macau remained a popular playground for visitors arriving directly from the mainland Chinese province of Guangdong, while tourism from other parts of China to Macau – via Hong Kong – had been hurt by the protests in the latter city, added the institution in a Friday report.

On the latter topic, Jefferies cited proprietary research and data compiled by CEIC Data (SG) Pte Ltd, a Singapore company. The research refers to the first 10 months of 2019, and a year-on-year comparison with the same time frame in 2018.

Arrival numbers from Guangdong – people mostly coming via land crossings between Zhuhai and Macau according to Macau’s Statistics and Census Service – showed “strong positive growth,” which Jefferies said was due to “proximity”; while other regions of China had shown “negative… growth” since August.

“Based on discussions with Chinese travel agents outside Guangdong, we heard that Macau was viewed as an additional attraction during Hong Kong visits, but Hong Kong tours have been cancelled,” wrote analysts Andrew Lee and Lois Zhou.

“We believe the Hong Kong situation has passed the worst,” suggested the Jefferies analysts, who are based in that city.

In terms of venue product for Macau in 2020, Jefferies mentioned “renovations” such as the revamp of the Encore tower at Wynn Macau property from Wynn Macau Ltd, completed at the end of 2019, but with possible market impact in calendar-year 2020.

“With SJM’s Grand Lisboa Palace the only new property slated to open in 2020 (latest target before year-end), 2020 will be about renovations,” noted Mr Lee and Ms Zhou.

“The Plaza [Macao] earnings could surprise due to Four Season suites opening before Chinese New Year,” noted Mr Lee and Ms Zhou. The holiday falls on January 25 this year.

Another catalyst in 2020 for Macau’s casino market was likely to be the Chinese economy strengthening producing a feelgood “wealth factor” for Chinese consumers. The institution also noted China’s currency the yuan had been strengthening relative to the United States dollar. The significance was that it should make visits to Macau – where bets are denominated in Hong Kong dollars, a currency pegged against the greenback – more affordable for tourists from the mainland.