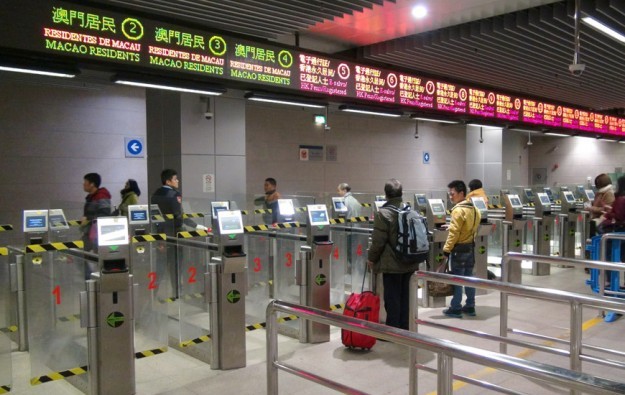 Tourist arrivals to Macau during the first two days of January dropped 6.12 percent year-on-year, to 318,948. The decline followed a boost in the visitor arrival tally recorded during the Christmas festive period the previous week, according to the latest information released by the city’s Public Security Police.

The calendar New Year arrival figures were collected by the police from the seven immigration checkpoints serving the territory.

The bulk of tourist arrivals to Macau during the two-day New Year period took place at the Border Gate on Macau peninsula, which links the city with neighbouring Zhuhai in Guangdong province.

January is likely to be a “big growth month”, for the city’s casino gross gaming revenue, suggested brokerage Union Gaming Securities Asia Ltd in a Sunday note. The institution said it expected that the Chinese New Year holiday, late in the month, would boost gambling activity in the city’s casinos.

Several analysts note in general that there need not be a correlation between an increase in total numbers of tourists to Macau and rises in gambling spend, given the influence – even in the mass-market – of a relatively modest base, in size terms, of high-stakes gamblers.

Macau reported a nearly 7-percent year-on-year rise in tourist arrivals during the Christmas festive period of December 24 to December 27, producing a tally of 880,000 tourists, according to data released previously by the police.

International casino operator Las Vegas Sands Corp has been ranked as the most sustainable firm in the global casino sector, according to the 2023 edition of the S&P Global Sustainability... END_OF_DOCUMENT_TOKEN_TO_BE_REPLACED