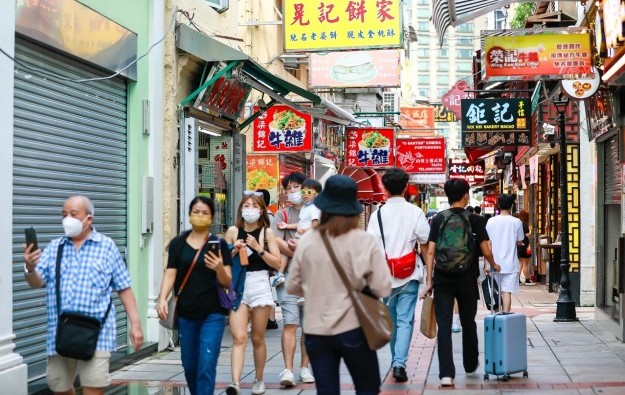 From the stroke of midnight on Saturday (December 17), people arriving in Macau either from overseas, Hong Kong, or Taiwan, will only need to carry out a five-day isolation period at home, instead of a mandatory quarantine at a designated hotel. That is according to an update from the city’s Novel Coronavirus Response and Coordination Centre, published today (Friday, December 16).

These travellers will still have to undergo an additional three days of so-called “self-management” of their health, a period during which they will not be allowed to travel to mainland China, stated the health authorities.

Under the new inbound arrangements, people intending to enter Macau from overseas, Hong Kong and Taiwan must hold a nucleic acid test certificate issued within 48 hours proving they are ‘negative’ for Covid-19 infection. On arrival, travellers will also need to undertake a nucleic acid test.

During the first three days of the five-day period of home isolation, the inbound traveller’s electronic health code will be ‘red’. They will be required to do a rapid antigen test daily during the five-day home isolation period, and, in addition, a nucleic acid test on the third day after arrival, after which their code will turn to ‘yellow’.

Once the five-day period ends with all ‘negative’ results, the health code will turn ‘green’, stated the Macau health authorities.

“We do not think this itself would have any impact on gaming demand as inbound travellers will still need to stay at isolation hotels for five days (and we understand they may not enter public places during this period, given ‘red code’ status),” stated the analysts.

He added: “However, this does seem like a step towards the full border re-opening to Hong Kong and international markets, and we wouldn’t rule out the possibility that Hong Kong-China-Macau could re-open borders next month as local media have reported.”

If that were to happens, Mr Kim noted it could be a “significant boon for a near-term recovery” in the Macau market, as arrivals from Hong Kong “accounted for 20 to 25 percent of pre-Covidmass gross gaming revenue”.

The latest move is a relaxation from the measures announced in November. The latest easing covering the city’s casinos coincides with the local government relaxing to some extent its Covid-19 countermeasures, as Macau is entering a “new phase” in its approach to dealing with the pandemic, according to local officials.

International casino operator Las Vegas Sands Corp has been ranked as the most sustainable firm in the global casino sector, according to the 2023 edition of the S&P Global Sustainability... END_OF_DOCUMENT_TOKEN_TO_BE_REPLACED