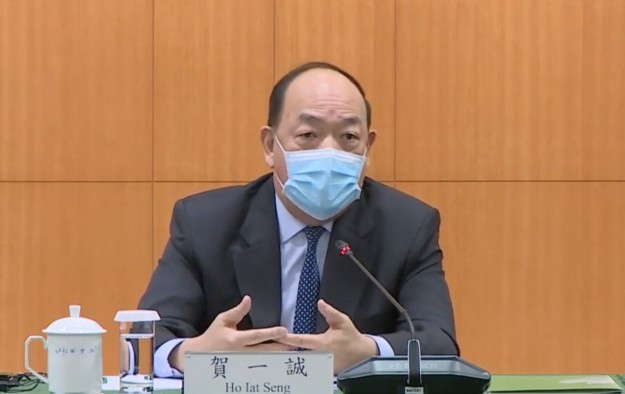 The head of the Macau government added that the two sides had also agreed to resume electronic issuance of exit visas allowing residents of mainland China to visit Macau on an individual capacity. That is understood to include visas issued under the Individual Visit Scheme (IVS).

Mr Ho said the initial information about the possibility of relaxation had been conveyed by Vice Premier Han Zheng, director of the Hong Kong and Macau Affairs Office under the State Council, following a Friday meeting. The resumption of Macau-bound package tours and electronically-issued visas for mainland China residents to go to Macau, was based on an appreciation of Macau’s “difficulties” and the economic challenges encountered as a result of the disruption linked to Covid-19.

Investment analysts have previously noted that the highest-value Chinese gamblers in Macau have often been holders of this form of IVS visas.

Mr Ho (pictured in a file photo) said preparatory arrangements for the restarting of package tours and e-visas should take “around one month”, with actual resumption taking place around “late October or early November”. Priority would be given to resumption of tours involving residents from the Guangdong, Zhejiang, Jiangsu and Fujian provinces, and the city of Shanghai.

He stated that the comeback of tours and e-visas should help “double” – to around 40,000 – the average number of daily visitors to Macau.

Macau, a special administrative region of China, is not currently receiving tour groups from the mainland or elsewhere, according to Macau government commentary, but is receiving mainland tourists travelling on individual exit visas.

Some investment analysts have said that up to now in the pandemic crisis, the volume and pace of such visa issuance for independent travel appeared to have been moderated compared to pre-Covid-19 trading times, with the possible curtailment for a while, of online application and issuance routes being a factor.

Mainland China authorities had for a while paused individual travel visas for Macau, starting in January 2020, following the advent of the Covid-19 pandemic. Tour groups from mainland China to Macau were suspended around the same time.

Issuance of individual visas by mainland authorities was eventually resumed later in 2020, but for in-person applications only.

Mainland residents account in normal trading conditions for a majority of tourists to Macau. A number of investment analysts has suggested the return of electronic processing for IVS visas would be a catalyst for visitor numbers to Macau, and in likelihood for the city’s casino gross gaming revenue (GGR).

Mr Ho stressed on Saturday that there were currently no plans to lift travel restrictions to Macau applicable to people from overseas or travelling from Hong Kong. A 7-day quarantine at a designated hotel, plus three days of so-called self-management of health, is currently required.

Mainland China is the only place to have a largely-quarantine free travel arrangement with Macau. Only mainlanders from so-called high-risk places for Covid-19 infection within the Chinese mainland are required to undergo quarantine-on-arrival in Macau.

The decision by the Macau government to grant fresh 10-year licences to each of the city’s six incumbent casino operators has been welcome by top management at those firms. Each of the concessions... END_OF_DOCUMENT_TOKEN_TO_BE_REPLACED