Macau Oct GGR fall to be smallest since Jan: analysts 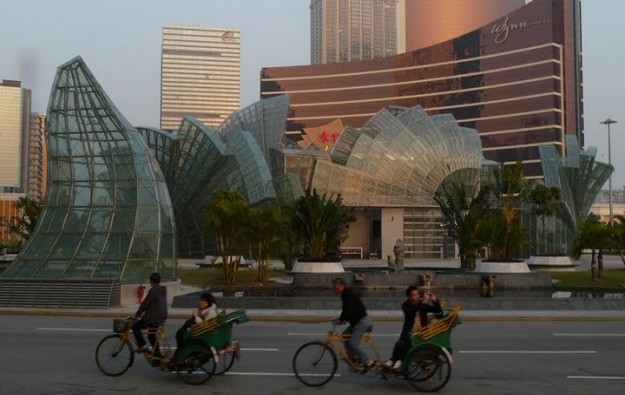 October gross gaming revenue (GGR) in Macau is tracking for the slowest rate of year-on-year decline since January, on the back of better than expected VIP and mass business in the first seven days of October, the period of China’s Golden Week holiday marking National Day.

“Macau GGR for the month through October 11 was MOP9.1 billion [US$1.14 billion]. Average daily revenue (ADR) was MOP827 million during the period, [circa] 45 percent higher than September’s ADR of MOP571 million (but still -23 percent over similar period in 2014),” Sanford C. Bernstein Ltd said in a note on Monday, quoting data from unofficial industry channels.

Casino GGR in Macau reached MOP6.4 billion in the first seven days of October, according to figures compiled by Macau public broadcaster TDM.

“Assuming the number [quoted by TDM] is accurate, ADR would have been [about] MOP675 million during the four days of October 8 to 11, [circa] 18 percent higher than September’s ADR of MOP 571 million (but also being two weekend days),” said analysts Vitaly Umansky, Simon Zhang and Bo Wen.

“Our channel checks indicate that in VIP, junket rolling chip volume may have been over 60 percent+ better than the September daily average. This is somewhat encouraging as it implies liquidity concerns developing after the Dore incident in September may be abating,” they added.

The Sanford Bernstein team was referring to an alleged internal fraud confirmed last month at Macau junket operator Dore Entertainment Co Ltd, where an employee is said to have disappeared, leading to losses equivalent to at least US$57 million.

“Assuming an ADR of MOP600 million for the remainder of this month, we estimate October GGR to be MOP21.1 billion, representing a year-on-year decline of -25 percent,” added the Sanford Bernstein analysts.

“Based on checks through October 11, we estimate October Macau gaming revenues to decline -24 percent to -28 percent year-on-year versus our prior estimate of -30 percent to -34 percent,” analyst Cameron McKnight from Wells Fargo Securities LLC wrote in a Monday note.

David Bain, an analyst at brokerage Sterne Agee CRT, said he believed the Golden Week results were “solid”, especially considering the negative impact from a typhoon during the holiday.

“Our October GGR forecast remains between -28 percent and -31 percent year-on-year – which would mark the best ‘less bad’ GGR result since January 2015 (a general monthly trend we expect to continue into next year),” Mr Bain wrote in a note on Monday.

Macau’s accumulated casino GGR for the first nine months of the year stands at MOP176.02 billion, a fall of 36.2 percent compared to the same period in 2014. September nonetheless saw the slowest monthly rate of year-on-year decline (-33 percent) since January. In the first month of 2015, the market had contracted by 17.4 percent.

The opening on October 27 of the US$3.2-billion Studio City – a property developed by casino operator Melco Crown Entertainment Ltd – could also be positive for the monthly GGR tally.

“Although we anticipate weakening GGR through the month – as is the case after any major holiday causing visitation/GGR spikes – we believe little consideration is given to potential market growth from the Macau Studio City opening [on] October 27,” said Mr Bain.

Investment analysts have suggested that Melco Crown is likely to get more new-to-market gaming tables from the government than the 150 mentioned in earlier reports.

“While we have previously lengthened our view for the ‘supply driven’ impact from property openings, we believe investor expectations for property impacts are too bearish,” said the Sterne Agee analyst.

Macau is to create distinct zones on its casino floors and designated gambling chips that will be solely for the use of players from overseas. The moves will be part of a new gaming tax system to... END_OF_DOCUMENT_TOKEN_TO_BE_REPLACED