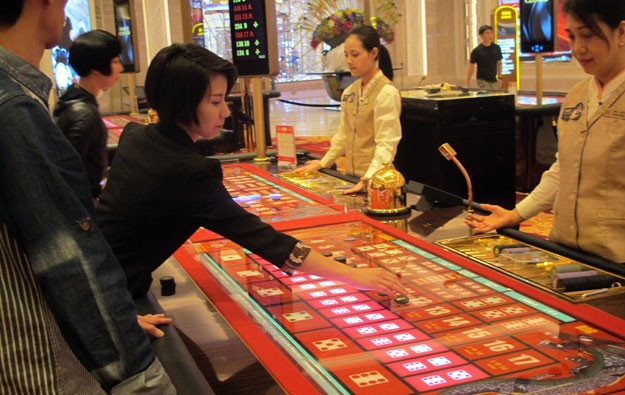 The Macau government should consider lowering the tax rate on VIP gaming revenue, to ensure Macau’s casino sector remains competitive in Asia, says a local scholar. The idea is backed by the head of Macau’s Association of Gaming and Entertainment Promoters.

The city state levies 15 percent gaming tax on mass-market play and 5 percent on VIP play – plus 7 percent Goods and Services Tax in both cases, compared to Macau’s effective tax rate on gross gaming revenue of 39 percent.

Fitch Ratings Inc said in a note in October 2014 that Singapore’s “accommodating” gaming tax was a positive for the local industry. The ratings house added at the time that the gaming tax system was fixed at current rates at least until 2022.

“Compared to mass-market play in Macau… VIP play faces much more competition from other nearby jurisdictions,” Mr Wang said. “[Chinese] VIP players are highly mobile: they can head anywhere in the world”, according to which casinos offer them the most attractive deals, he added.

Investment analysts say that gaming tax rates can have an influence on how much casinos and junkets can pay VIP players in incentives. Rebates to high rollers are typically paid either on the credit extended to them or on the individual player’s losses. What system is used can depend on the regulatory system of the jurisdiction concerned.

Tax on VIP play in the Philippines is the equivalent of 15 percent of the gross. South Korea’s gaming tax rates are also competitive with existing regional casino jurisdictions: the country’s Ministry of Strategy and Finance levies a 20 percent tax on gross casino revenues.

“Considering the existing [gaming] tax rate [in Macau], the VIP sector here is actually at a disadvantage” compared to other Asian jurisdictions, Mr Wang said.

The scholar said the Macau government should consider levying a lower tax rate on VIP play compared to the tax rate on mass play. This, he added, could help enhance the regional competitiveness of the city’s gaming sector.

“For junkets, we can have more room for profit under a model like this, with a more accommodating tax rate. This can attract more junkets to the Macau VIP segment and in turn they can attract more investors,” Mr Kwok said.

The Macau government has yet to mention plans to revamp the current gaming tax system.

Macau’s Secretary for Economy and Finance, Lionel Leong Vai Tac, has mentioned to media in January 2015 that the government would only look into a potential change in gaming tax rates after the “mid-term review” of the gaming industry, the results of which were published in May 2016.