Macau should move beyond rhetoric on non-gaming: study 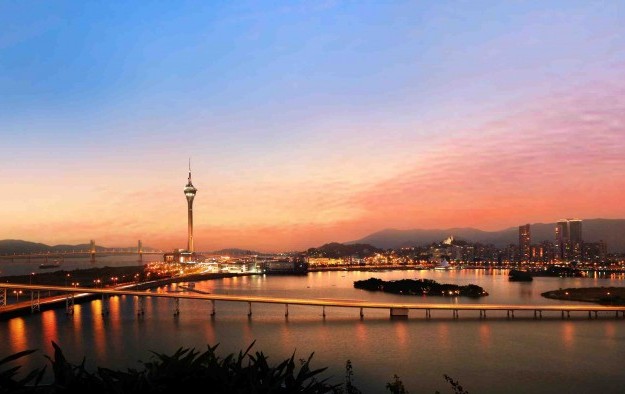 Macau’s tourism sector has not “moved beyond the rhetoric of needing to diversify beyond gaming,” says a new paper from two Macau academics.

The document – by Glenn McCartney, associate professor in international integrated resort management in the Faculty of Business Administration at the University of Macau, and Venus Leong Meng Wai, administrative assistant at the university’s Faculty of Science and Technology – considers the impact that “green” policies at corporate and governmental level in Macau could have on the city’s meetings, incentives, conferences and exhibitions (MICE) business.

Such economic activity is considered by the Macau government to be an important element in moving the local economy away from dependence on mostly high-stakes casino gambling. Gaming remains a pillar of the economy, despite the billions of U.S. dollars that have been spent by the private and public sector on non-gaming facilities and infrastructure since the liberalisation of the local gaming market in 2002.

“Advancing sustainable and green meetings and events in Macau can be an important part of a diversification strategy,” stated the authors.

But they added: “In the absence of green event standards to enforce by Macau’s MICE and tourism authorities, MICE organisers… Macau’s venue providers or suppliers are neither rewarded nor punished should they adopt or omit green measures.”

Mr McCartney and Ms Leong further stated: “Non-gaming and MICE will only advance with an understanding of the competitive regional landscape, and tactical actions linked to delegate and meeting-planner decision-making criteria.”

Their paper “An examination of the impact of green impressions by delegates toward a trade show,” was published in the Journal of Convention and Event Tourism.

Macau uses subsidies and incentives to encourage the development of its MICE sector.

The University of Macau study authors noted: “The message through these subsidies from the government is of financial assistance, not of environmental protection. Consequently any green practices now would largely be based on not creating extra workload or expenses.”

The nine months to September 30 saw the number of Macau meetings and conferences increase by 88 year-on-year to 931, and the number of participants rise by 50.1 percent from the prior-year period, to 159,000.

One of the city’s six casino operators – Sands China Ltd – has led the way in terms of providing private-sector accommodation for MICE events. Its Cotai Expo at the firm’s Venetian Macao casino resort on Cotai has more than 75,000 square metres (807,293 sq feet) of exhibition space.

In April, Paulo Martins Chan, director of the city’s casino regulator, the Gaming Inspection and Coordination Bureau, said it might be possible for Macau’s gaming industry to produce even more non-gaming revenue annually than targeted – when judged as a percentage of all revenue.

But he said the government’s current non-gaming revenue target for the industry – set at 9 percent per year to be achieved by 2020 and already passed by 2015 – had not been changed.

Average non-gaming spend by mainland Chinese visitors to Macau – the largest single cohort annually among the city’s tourist arrivals – is likely to double in the 10 years to 2025, suggested research from brokerage Sanford C. Bernstein and Co LLC published in September.

But such improved non-gaming spending would still be only about one-sixth of the average US$3,500 that mainly well-heeled Chinese travellers venturing beyond Hong and Macau are currently spending per trip, said the institution.

The imminent return of package tours from mainland China will not only help boost Macau’s tourism businesses, but is also expected to help casinos gain more foot traffic in their mass gaming... END_OF_DOCUMENT_TOKEN_TO_BE_REPLACED