Macau tipped for 2020 mass bets up on limited venue uptick 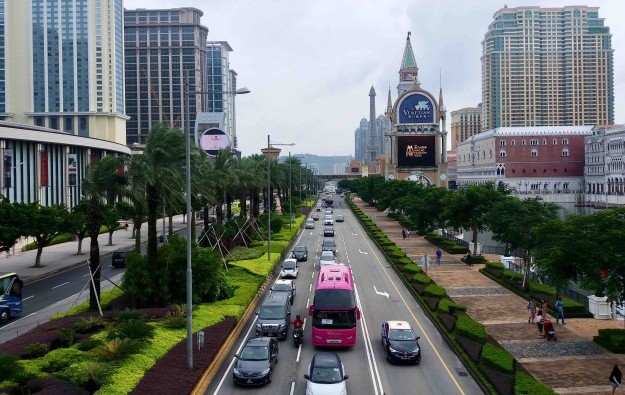 Macau’s casino gross gaming revenue (GGR) could see 2020 growth, supported by a possible modest recovery in VIP play – compared to 2019′s significant contraction in the segment – as well as stable expansion of play in the mass segment. That is according to several investment analysts covering the city’s gaming sector to whom GGRAsia has spoken.

The new calendar year was likely to have a limited increase in new supply they suggested: either via fresh gaming venues or extra live-dealer tables assigned on occasion to local casino operators under the city’s table cap policy. But at least one commentator mentioned that a 2020 VIP ‘recovery’ would not necessarily mean a return to outright growth in the segment; possibly just a less-steep year-on-year decline.

VIP business improvement might start in the second half of 2020, suggested separately analysts at Sanford C. Bernstein Ltd and Macquarie Capital Ltd. Hong Kong-based Sanford Bernstein analyst Vitaly Umansky told us the institution expected the VIP segment could “slowly begin to come back” during the new year, supported by better capital liquidity among the players and among the junkets that coordinate most of the market’s high-stakes play.

“We’re expecting low- to mid-single digit VIP growth next year with growth coming in the second half. The first quarter [of 2020] is most certainly going to be negative, but then it will progress to get better as we get into the second half of the year,” Mr Umansky remarked to us.

“One of the negatives has been a weakening of the renminbi over the last 18 months,” he added, referring to the valuation of China’s currency – also known as the yuan – against other major currencies. Most high-stakes Macau gambling customers are thought to come from mainland China. But this yuan valuation trend “now seems be moving in opposite direction which should be a positive,” for the Macau gaming market, he added. Macau’s casino bets are generally denominated in the Hong Kong dollar, a currency pegged against the United States dollar, which had been appreciating relative to the yuan.

In 2020, Sanford Bernstein expected “scrutiny over money movement to become less of a focus,” and the brokerage anticipated “confidence levels at both the player and junket level to improve, thereby providing liquidity into the system,” Mr Umansky added.

“For the second half of 2020 we’re modelling stability and even slight growth in the VIP segment as we comp[are] against the fourth quarter 2019 headwinds that seemed one-time in nature (President Xi’s visit),” wrote Hong Kong-based Macquarie analyst Edward Engel, and his U.S-based colleagues Chad Beynon, Jordan Bender and Aaron Lee in the note.

But “the trend in VIP remains skewed to the downside,” and the institution regarded as “low” the prospects for a stable second-half 2020 for the segment. Though it added “we also see upside to VIP hold rates as operators continue inducing side-betting activity” on certain permitted proposition bets more favourable to the house.

Nomura’s Instinet LLC painted a slightly more bearish picture regarding Macau’s VIP play in the new year. In a pre-Christmas note, Nomura analysts said they expected the decline in Macau’s VIP segment seen in 2019 to continue in 2020. That was based on the business strategy of the two Macau casino operators with the “largest VIP shares” – which it identified as Galaxy Entertainment Group Ltd and Wynn Macau Ltd.

“Both companies have been emphasising their strategic shift to premium mass, which should continue,” especially on the basis that more government secretaries with direct mainland China roots had been appointed in the administration of Macau’s new Chief Executive Ho Iat Seng, indicated Nomura analysts Harry Curtis, Daniel Adam and Brian Dobson. Mr Ho took office on December 20.

The Nomura team suggested a Macau-market shift to premium mass segment was also being “customer-driven”, as VIP play attracted – in the institution’s view – “higher levels of government surveillance” as compared to mass play, although Nomura didn’t clarify if it was referring to central-government or local-government scrutiny.

Nomura estimated the VIP segment’s contribution to overall Macau GGR would further shrink to “approximately 42 percent” of the city’s overall GGR in 2020, from an estimated “46 percent” in 2019 and “55 percent” in 2018.

The launch of Hoiana – anticipated as being during 2020 by the market – would not lead Suncity-branded Chinese VIP business to “migrate” from Macau to Vietnam, suggested analyst Mr Umansky. “We are talking about different player universes for Macau [versus] elsewhere,” the analyst said.

“I don’t think Suncity necessarily has the ability to just move a significant number of players from Macau into Vietnam – it’s just not that easy. If they could do so, they would have done so already moving them to the Philippines, and Cambodia and other casinos where the junket business would be more profitable,” Mr Umansky added.

Macquarie expected that the “cannibalisation impacts” posed by rival regional properties in Southeast Asia on Macau’s VIP gaming could ease in 2020. “After recent new openings in Cambodia (Naga 2 in late 2017) and the Philippines (Okada Manila in early 2018)” NagaWorld 2 had ramped up NagaCorp’s business during 2018 and Okada Manila had ramped up business in 2019, noted the institution. “We expect growth rates from ramping competition to slow as these assets mature,” the Macquarie analysts added.

“The only notable [regional] capacity addition next year is Suncity’s property [Hoiana] in Vietnam, but this will be a phased opening without hotel rooms for most (if not all) of 2020,” the Macquarie team added.

The Macquarie team modelled Macau’s mass GGR in 2020 to increase by “9 percent” year-on-year; and industry GGR to grow by “1.9 percent”, supported by infrastructure improvements supporting the city’s tourism and an eventual “ease” to the “headwinds” from Hong Kong’s months-long protests. The analysts also believed that the premium-mass segment could “maintain stability” in the coming year.

Despite the divergence of VIP and mass GGR performance in 2019, with mass GGR “pacing +11 percent versus VIP -20 percent,” mass GGR might need in 2020 to accelerate to a “mid-teens”of percent expansion to “prove the segment is non-cyclical,” the Macquarie analysts noted in their 2020 lookahead report.

They also added: “This could be difficult in 2020 alongside limited net new hotel supply, but we believe openings in late 2020 and early 2021 could be the catalyst.”

Both Macquarie and Sanford Bernstein’s Mr Umansky cast doubt on whether the launch of SJM Holdings Ltd’s HKD39-billion (US$5.0-billion) Grand Lisboa Palace could happen within 2020, a time frame that has been mentioned by the casino operator’s management.

“There is less supply next year than was originally anticipated as SJM [Grand Lisboa Palace] is delayed. It’s getting a little bit shifted further back. But with Four Seasons [Tower Suites] opening, with the Londoner [Macao] hotel probably opening in the middle of the year, and then with the Londoner Tower suites opening towards the end of the year – there is some decent room supply,” Mr Umansky said to us, referring latterly first to new hotel room supply from casino operator Sands China Ltd, and second to a themed revamp of the group’s Sands Cotai Central resort.

“What really matters” is “who” is using such hotel rooms,” Mr Umansky said. As of December, the upper end of the premium-gambler segment had “been soft,” with  VIP “weak … so you’re getting rooms filled with lower-value customers. If demand improves, the room utilisation shifts. So GGR can come back without additional room supply or limited room supply,” the analyst added.

A Macau court was offered evidence on Monday, including of recordings from police-wiretapped telephone conversation, that the prosecution says proves the direct involvement of Levo Chan Weng Lin... END_OF_DOCUMENT_TOKEN_TO_BE_REPLACED