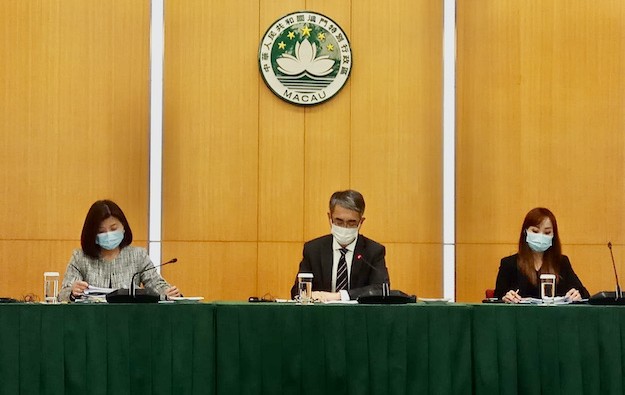 The Macau authorities announced on Friday some of the key aspects of a bill proposing a new regulatory system for gaming that will shape how the industry looks for years ahead.

Macau’s Executive Council, an advisory body to the city’s Chief Executive, stated that there would be a maximum of six concessions, under the government-backed bill. It would end the existing sub-concession model.

It added that the concession period would be a maximum of 10 years, but it could be extended by a further 3 years under exceptional circumstances. The existing six concessions – due to expire in June – covered a 20-year lifespan.

Three of the current six operators – namely Sands China Ltd, MGM China Holdings Ltd, and Melco Resorts and Entertainment Ltd – were allowed into the market via a piece of legal improvisation. They actually hold their gaming rights via sub-concessions spun off from the three original concessionaires selected via a 2002 public tender. The three original concessions were the locally-incorporated units of Galaxy Entertainment Group Ltd, SJM Holdings Ltd and Wynn Macau Ltd.

The freshly-announced bill is to be sent to the city’s Legislative Assembly, to be voted on by its members. The length of time that procedure will take depends on the city’s legislators, who can also propose changes to the bill.

During Friday’s press conference (pictured), the Executive Council spokesperson, André Cheong Weng Chon (pictured centre), admitted the Legislative Assembly could take some time reviewing the bill. He said the Macau government would consider extending the duration of the existing concessions in order to provide lawmakers with enough time to complete the review process.

More details on the matter would be disclosed at a later stage, said Mr Cheong, who is also Macau’s Secretary for Administration and Justice.

The government has said previously Macau’s gaming law needs to be updated as a linked issue to a fresh public tender process for Macau gaming rights.

The bill also states that the firm actually holding the casino concession would only be allowed to have up to 30 percent of its shares listed publicly. That was in order to ensure a “more stable relationship” between the concessionaire and Macau, stated a press release from the Executive Council.

None of the current Macau casino firms listed either in Hong Kong or the United States, directly owns its respective Macau licence. That is done via an affiliate.

The Macau government had previously suggested a need to approve dividend distribution to shareholders by the city’s casino operators. The proposal was included in a government document regarding the revision of the city’s gaming law, published in September for public consultation. There was no reference to such proposal in Friday’s press conference.

No changes to taxes

Mr Cheong additionally stated  there were no plans for tax hikes regarding the gaming industry. Macau taxes the gross gaming revenue of Macau casinos at a rate of 35 percent, but other levies on casino gaming gross raise the tax rate to 39 percent in effect.

According to the summary of the bill, the Macau government has dropped a proposal to appoint “delegates” to Macau’s gaming concessions, that would have monitored the operation of the gaming firms. Instead, the local authorities would strengthen other channels of supervision, said Mr Cheong.

A delegate system is already used in Macau to monitor other forms of public concession. But the idea of applying the system to the gaming sector had attracted a lot of comment during last year’s public consultation.

Macau’s existing gaming law requires that at least “10 percent” of the gaming concession entity’s share capital has to be held by a “managing director” who is a Macau permanent resident. The bill now presented suggests upping that shareholding portion to 15 percent.

The government-backed bill all states that, among the main goals of casino concessionaires, are promotion of national security, as well as Macau’s economic diversification, and the city’s sustainable development.

Asked by a reporter, Mr Cheong did not clarify whether the reference to national security meant Chinese-backed firms would be favoured in a future tender for fresh casino concessions. He said all firms meeting the relevant criteria to be set by the government for the new tender, would be welcome to present a proposal.

Other government suggestions featured in the bill, include the need to increase the minimum share capital requirement for any local casino concessionaire to MOP5 billion (US$625 million) from the existing MOP200-million threshold.

A number of commentators had said prior to Friday, that the likelihood of a prompt announcement on the future of the industry had increased due to the release before Christmas of the summary results from the public consultation held in the autumn.

Macau’s casino gross gaming revenue (GGR) for the first five days of February is estimated at MOP1.9 billion (US$235.1 million) – or MOP380 million per day – a level that suggests a “45... END_OF_DOCUMENT_TOKEN_TO_BE_REPLACED