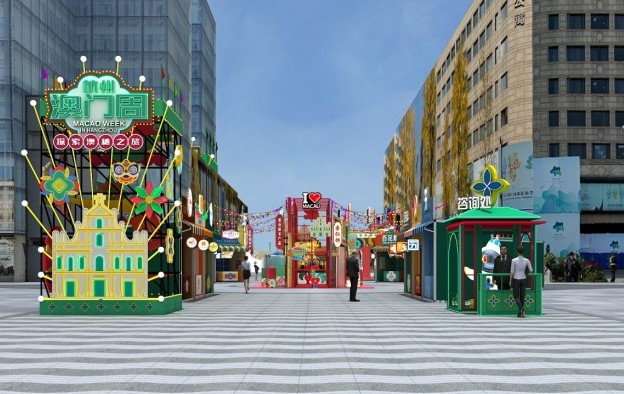 Macau is to run a four-day marketing campaign starting on March 26, in Hangzhou, capital of China’s Zhejiang province, to attract that city’s residents to visit Macau, according to a Tuesday press release issued by Macao Government Tourism Office (MGTO).

It added that Macau “integrated tourism enterprises” were taking part.

The marketing campaign – coordinated between several Macau government departments – is to promote the city as a “safe and quality” destination and to “expand visitor sources”, MGTO said.

The Macau government organised a similar roadshow in Beijing in late September last year, with involvement from Macau’s casino-resort brands, in order to promote the city’s non-gaming tourism offers.

As part of the “Macao Week in Hangzhou” campaign, the resort sector and airlines will present a range of travel offers including vouchers toward the cost of flight tickets, hotel accommodation and dining, worth in aggregate over MOP90 million (US$11.3 million), MGTO said in its Tuesday release.

A roadshow with a number of displays (example pictured in an artist’s rendering) is to be staged on Hubin Pedestrian Street in Hangzhou, from March 26 to March 29, the tourism bureau noted.

The Macau government has, since September last year, launched a spending-stimulus scheme aimed at inbound tourists from the mainland, with discount offers on flight tickets and hotel accommodation extended via e-commerce platforms.

The government would continue this scheme in order to boost mainland Chinese tourist spending in Macau, Secretary for Economy and Finance, Lei Wai Nong, mentioned to local media on Monday.

Macau recorded on Saturday (October 1) its highest daily total of visitor arrivals since the mid-June local Covid-19 outbreak, according to preliminary data released by the city’s police. The... END_OF_DOCUMENT_TOKEN_TO_BE_REPLACED