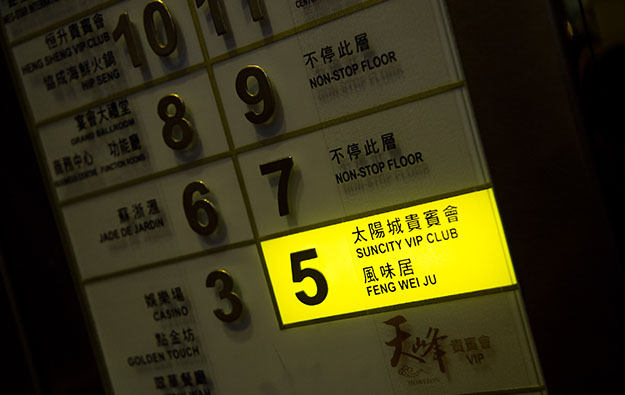 Two of Macau’s major junket operators, Suncity Group and Tak Chun Group, have told GGRAsia that their respective VIP gaming businesses have so far been stable despite recent commentary that the city’s high-roller segment is likely to see slowing growth.

Nonetheless both junket investors share a cautious outlook for the Macau VIP segment for next year.

The Hong Kong-listed stocks of Macau casino operators took a hammering on Tuesday, coinciding with a note that day from Deutsche Bank AG out of Hong Kong, cutting the 2019 gross gaming revenue (GGR) year-on-year growth outlook for Macau from 11 percent to 4 percent, and suggesting Macau was at the start of a cycle marking a downward revision of earnings.

Japanese brokerage Nomura noted in a Monday report that since early June Macau gaming stock prices had shrunk by between 20 percent and 30 percent, “with much of the decline over the last five trading days”.

Andrew Lo Kai Bong, executive director of Hong Kong-listed casino developer Suncity Group Holdings Ltd, told GGRAsia this week: “Since July and August, we did see some smaller-size VIP operators here experience a downturn in rolling chip turnover, as well as a longer [gambling loan] repayment period… For that there could be many reasons – one of them could be an excessive credit issued from these [junket] operators.”

Suncity Group Holdings is chaired by Alvin Chau Cheok Wa, who controls Macau junket investor Suncity Group. The Hong Kong-listed firm does not encompass the profit streams of junket operations for privately-held Suncity Group. But the junket brand is said by investment analysts to be the largest-single investor in junket room operations in the Macau market.

For Suncity Group, the high-roller business had been “steady” currently, Mr Lo briefly remarked. But he added that the group was cautious regarding Macau’s VIP gaming business for next year.

“This definitely has to do with some uncertainties and concerns surrounding China’s macroeconomic conditions,” said Mr Lo, referring to factors that can affect consumer confidence in China and potentially dull high rollers’ appetite for coming to the city.

Tak Chun Group’s chief financial officer KH Tsang gave his view on the situation in comments to local media at an event on Wednesday. He said the junket brand’s VIP gaming business so far this year had been steady, and it had not tightened credit terms for its players. Such tightening in the segment has been reported  in the past as coinciding with VIP play downturns; spurred either by economics or politics in terms of China’s anti-graft campaign.

Tak Chun reported it had no such difficulties this summer. Mr Tsang noted: “We’re talking a growth of over 30 percent year-on-year, which is higher than the industry’s average.”

Other explanations for recent decline in Macau gaming stocks were, according to Nomura, “China macro/trade fears, the new information-sharing arrangement between the People’s Bank of China and Macau’s Monetary Authority, and worries over junket collections and liquidity”. The first reference was understood to be trade tensions between China and the United States.

“It is true that there are uncertainties around this trade war issue, but the end result is not known yet,” Mr Tsang remarked, “Up till now we are still positive on [VIP gaming business] next year.”

Mr Tsang said his firm reiterated its “conservative” estimate expressed in February, of “10 percent to 20 percent” growth in its rolling chip turnover for this year, adding expansion is also feasible next year.

“We also have back-up plan if problems happen. The back-up plan will be about [selecting] the source of our clients and credit terms,” Mr Tsang said, adding “in terms of assessing our clients, we will get even more cautious”.

In a September 6 note, Credit Suisse AG cited Macau casino operators saying they had noticed a decline in volume in the smaller junkets, and were “monitoring” the credit situation. The casino firms had also observed that volumes from direct VIP business – that where the players and credit issuance are managed by the house rather than a junket – and the volumes from city’s “top three junkets” had been “steady”.

Direct VIP business hosted by the Macau casino operators – targeting mainly “Hong Kong and Southeast Asia customers” – made up currently around “10 to 15 percent” of total VIP business in Macau, the Credit Suisse team wrote in that memo. Volumes from the “top three junkets” contributed “60 to 65 percent” of market-wide volumes, with the remaining circa 20 to 25 percent coming from the other Macau junkets.

But the investment bank said it believed Macau’s VIP gaming business had become less reliant on credit as compared to the previous down cycle experienced in 2014. The analysts added the city’s gaming industry had become “more resilient” to slowdowns in GGR.

“While we agree with the macro risks and uncertainty, we believe that compared with the past down cycle (in 2014), the sector now is more resilient as it has more mass: 55 percent (35 percent at first quarter 2014); with the VIP system less leveraged: (50 percent credit base business versus 80 percent in first quarter 2014,” the Credit Suisse team wrote.

“As such, if there is any further slowdown in GGR, the magnitude is likely to be milder,” the memo suggested.

The imminent return of package tours from mainland China will not only help boost Macau’s tourism businesses, but is also expected to help casinos gain more foot traffic in their mass gaming... END_OF_DOCUMENT_TOKEN_TO_BE_REPLACED