Macau tourism boss flags May visitors up versus Apr low 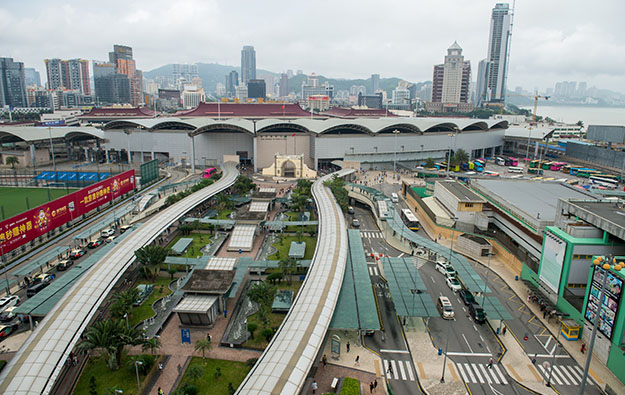 Macau’s tourism boss hinted in comments aired on Wednesday that circa 20,000 visitors came to the city in May. That would still be nearly double the 11,041 that arrived in April.

Maria Helena de Senna Fernandes, director of the Macao Government Tourism Office (MGTO), said on the radio service of the city’s public broadcaster TDM on Wednesday morning that the aggregate figures for January to May inclusive were 3.25 million. In the equivalent period in 2019 there were nearly 17.19 million arrivals

Of the 3.25 million recorded for the first five months this year, most – 2.85 million – came in January, before the full effects of the pandemic on travel and tourism were felt, according to data from the city’s Statistics and Census Service. In the January to April period inclusive, the tally had been just over 3.23 million, according to the statistics bureau. That meant the balance of circa 20,000 must have been May arrivals.

Also on Wednesday it emerged separately in a Macau government announcement that all people arriving in Macau that have been in Beijing in the prior 14 days will have to undergo a 14-day quarantine. The move followed a fresh outbreak of infection in the Chinese capital.

Macau itself has barely been affected by the disease compared to neighbouring communities, which a number of commentators has ascribed to good management by the local government.

Macau has not had a Covid-19 case since early April. All 45 confirmed patients have been released from hospital care, and the city recorded no death from the disease. Nonetheless travel in the region is still facing a number of restrictions, preventing visitors to return in meaningful numbers to Macau.

Ms Senna Fernandes had noted in her Wednesday radio comments that the January to May period this year saw Macau tourism slump to its worst year-on-year performance since modern record-keeping and casino-market liberalisation in 2002, due to the impact on regional travel of the Covid-19 pandemic. The January to April tally was already down 76.6 percent year-on-year.

Tourist foot traffic on Macau’s streets – including Cotai where the city’s largest casino resorts are located – had been “thin” amid the pandemic, remarked the tourism official. Since the onset of the crisis, the city’s average daily visitor tally had for a time gone as low as 200 people, but it had recently risen to a daily average of circa 1,000, noted Ms Fernandes.

Macau had also seen an “unprecedentedly poor” hotel occupancy rate amid the virus crisis, said the official. Currently, the average hotel occupancy rate in the city – over an unspecified period – amounted to only circa 10 percent, a figure that compared against the “30 percent” seen during another public health crisis in the region – severe acute respiratory syndrome (SARS) – in 2003. And at that time the city’s hotel room inventory had been much smaller, said the MGTO boss.

A global-scale revival of the tourism trade was unlikely in the near term, said Ms Senna Fernandes. Recovery was more likely to occur at regional levels, between neighbouring places, she added. That appeared to reflect the concept of “travel bubbles” being touted for example between Macau and Zhuhai in the neighbouring mainland province of Guangdong; and between Macau and Hong Kong.

Speaking to local media after her radio spot, Ms Fernandes said her department – which is responsible for hotel licensing – had not heard of any plans for long-term closure of Macau hotels, although a number presently shut were yet to reopen due to a variety of factors.

As of April 30, Macau had a total of 110 operating hotels and guesthouses, providing an aggregate of 33,800 guest rooms, according to the most recent data from statistics bureau.

Macau is to create distinct zones on its casino floors and designated gambling chips that will be solely for the use of players from overseas. The moves will be part of a new gaming tax system to... END_OF_DOCUMENT_TOKEN_TO_BE_REPLACED