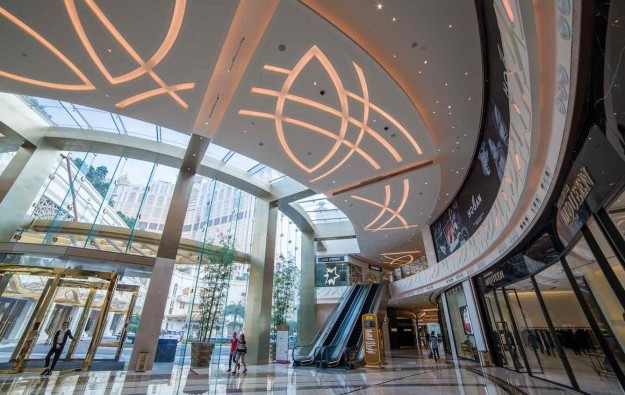 Macau’s tourist price index, which reflects the price change of goods and services purchased by visitors, fell by 3.4 percent quarter-on-quarter in the first three months of 2016, data from the city’s Statistics and Census Service show.

The tourist price index was down 6.67 percent from a year earlier. This was the third consecutive quarter recording a year-on-year decline, according to official data.

The decrease was mainly attributable to lower hotel room prices, the statistics bureau said on Thursday. The sub-index for accommodation was down by 11.8 percent quarter-on-quarter. In year-on-year terms, the decline was of 23.8 percent.

The average cost of a Macau hotel room during the first two months of 2016 was MOP1,439 (US$180) per night, show data from the Macau Hotel Association. That was a fall of 17.5 percent from the prior-year period.

The decline in hotel room rates is occurring against a backdrop of increasing supply. At the end of February, Macau had 32,100 hotel rooms, up by 13.9 percent from a year earlier.

Casino industry executives have said there is typically a positive correlation between an overnight or multi-night stay at a casino resort hotel and how much the guest spends on other facilities in the resort.

In the first two months of 2016, the city recorded a total of 1.8 million hotel guests, up by 13.8 percent in year-on-year terms. That was despite a 1.0 percent decline – to 5.1 million – in the number of visitor arrivals in the same period.

Many of the hotel rooms in Macau are in the five-star category. The high price of Macau hotel rooms was cited as an inhibitor for extended stays or increased frequency of stay in a survey of Chinese outbound tourists conducted by brokerage CLSA Ltd and published in January.

Analysts Aaron Fischer and Marcus Liu wrote: “Clearly there are problems with [Macau] hotel room prices with 61 percent [of respondents] saying hotel room prices are too high and 48 percent of those who didn’t stay overnight said it was because of the high room rates. So naturally, we believe more hotel rooms and lower room rates will result in an increase in overnight stays and an increase in length of stay.”

Hotel stays are one of the main non-gaming revenue sources for casino operators in Macau – the easing in room rates has coincided with a slowdown in the gaming industry. Casino gross gaming revenue in Macau has dropped for 22 consecutive months as measured in year-on-year terms.

Macau mass-market casino gross gaming revenue (GGR) for the recent Chinese New Year (CNY) holidays could have recovered to at least 60 percent of that for the 2019 break, when the festivities were in... END_OF_DOCUMENT_TOKEN_TO_BE_REPLACED