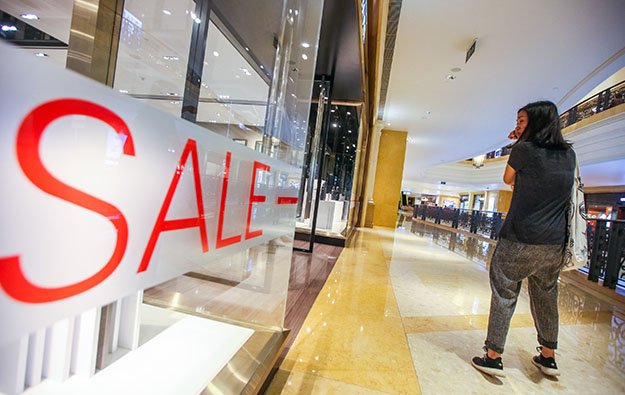 Macau’s tourist price index recorded a year-on-year increase of 6.15 percent in the first quarter of 2018, according to data released on Friday by the city’s Statistics and Census Service. The index reflects price changes in goods and services typically purchased by visitors but excludes gaming.

The tourist price index between January and March this year was down 3.91 percent compared to the fourth quarter of 2017.

The statistics bureau cited rising costs for hotel accommodation and restaurant services, as well as higher prices of local food products, as the major factors contributing to the year-on-year rise of the index in the first quarter of 2018.

The sub-index of accommodation increased by 19.33 percent compared to the prior-year period but dropped 11.27 percent judged quarter-on-quarter.

The total spending – excluding gaming expenses – of visitors to Macau in 2017 reached MOP61.32 billion, representing an increase of 16.4 percent year-on-year, according to official data.

The imminent return of package tours from mainland China will not only help boost Macau’s tourism businesses, but is also expected to help casinos gain more foot traffic in their mass gaming... END_OF_DOCUMENT_TOKEN_TO_BE_REPLACED