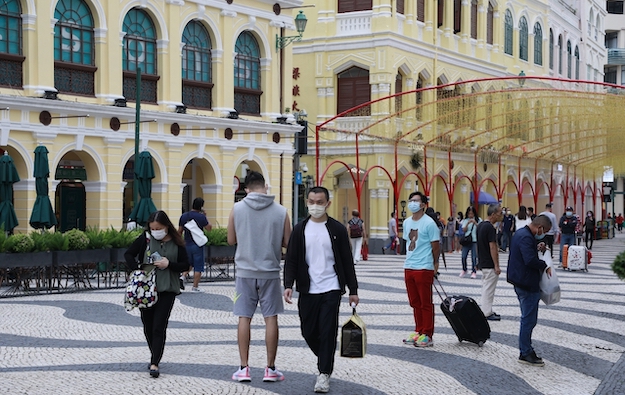 Macau authorities have introduced a new round of travel restrictions over the weekend for inbound travellers from mainland China, including from Macau’s neighbouring city of Zhuhai, Guangdong province.

Starting from 6am on Sunday (January 16), inbound travellers from Zhuhai are required to present a ‘negative’ Covid-19 nucleic acid test result obtained in the prior 24 hours, instead of the previously-set 48 hours, according to an announcement from Macau’s Novel Coronavirus Response and Coordination Centre.

The tightening of travel restrictions comes after the Zhuhai authorities identified an increasing number of Covid-19 infections in that city since Friday. A mass testing for Covid-19 virus of the city’s entire population started on Sunday, and is due to be concluded on Tuesday, according to the health authorities in Zhuhai.

Separately, the Macau health authorities have added more locations across mainland provinces to the list of places where departing travellers must do quarantine-on-arrival in Macau. These new locations include several communities in Nanping town in Zhuhai city, two communities in Yuhang district in Hangzhou city as well as a community in Haidian district in Beijing, according to a Sunday update from Macau’s Health Bureau.

Despite the heightened restrictions, mainland China remains the only place to have a largely-quarantine free travel arrangement with Macau.