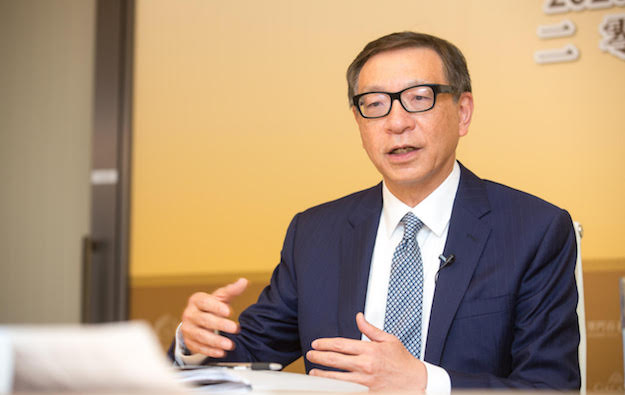 Macau casino operator Galaxy Entertainment Group Ltd plans to stengthen its focus on the mass and premium mass segments of the gaming market, as the city’s VIP sector is likely to be challenged by a series of legal changes introduced by the mainland China authorities. That is according to company deputy chairman Francis Lui Yiu Tung (pictured).

Mr Lui made the comments in a Thursday press briefing following the company reporting its fourth-quarter and full-year 2020 results.

“The [Chinese] central government has introduced a new series of laws that will pose challenges to VIP [gaming] business,” Mr Lui told reporters.

He added: “All of us [in the gaming sector] are speculating that, going forward, mass market is going to be the leading source of income; in particular, premium mass market is what we will be focusing on.”

Mr Lui said that Galaxy Entertainment was bullish on the expansion of China’s middle-class. “Each and every one of them is our potential customer,” he added.

Mainland China is introducing on March 1 (Monday) law changes that include fresh rules making it illegal for anyone to assist others in “cross-border gambling”.

Investment analysts have stated that the new regulations could potentially hurt the operations of junkets in mainland China, particularly those with exposure to overseas gambling. Junkets are traditionally tasked with arranging trips to casinos for high-rollers and supplying them with their credit for gambling.

There has also been a number of reports recently indicating a ramping up of cross-boundary capital controls even between the mainland and Macau, with commentators saying this might have limited the scope for Macau’s casino gross gaming revenue recovery as China emerges from the Covid-19 pandemic.

On the Chinese mainland, the operating or promotion of casino gambling in online or bricks and mortar form is illegal, as is the direct marketing within the mainland, of gambling operations based outside the mainland’s borders, including any play in the Macau Special Administrative Region.

During Thursday’s press briefing, Mr Lui also discussed the firm’s plans for phases 3 and 4 of its flagship casino resort on Cotai.

“We are planning for [Galaxy Macau’s] phase 3 to gradually come online starting in the second half of this year,” he said. “For Phase 4, for which works have commenced, we hope that we will be able to launch within two to three years,” Mr Lui added.

“Of the 3,000-room target that we have set [for phases 3 and 4]… basically we are looking at mass and high-end mass market customers,” the executive stated. He pointed out the new hotel rooms would be “more spacious”, to cater for family visitors.

Galaxy Entertainment chairman Lui Che Woo said during the press briefing that the firm hoped it could pay a dividend to shareholders in the second half of 2021. The firm did not declare a final dividend for 2020.

During the briefing, Mr. Lui Che Woo also entertained the topic of concession refreshment in Macau. The six incumbent Macau casino licensees face a fresh public tender for Macau gaming rights, associated with the June 2022 expiry of their current permits.

“Regarding [Macau’s] gaming licence [re-tender], everybody is very concerned… The Chinese government has not yet made any final decision,” he said. “We are now investing in hotels and tourist attractions appealing to family visitors, and hope that they can enjoy it and not just come [to Macau] for gambling.”

He added: “[I] hope that we can have the support from the national government.”

He said that, despite a decline in visitor arrivals,the firm had recorded hotel room occupancy of about “50 percent”, on par with market-wide performance.