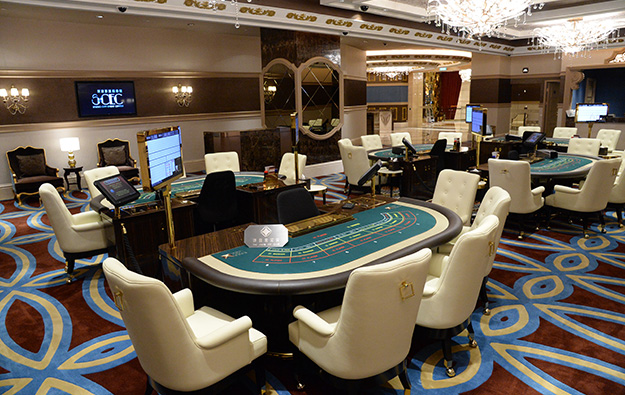 Casino gross gaming revenue (GGR) in Macau’s VIP segment expanded by 16.8 percent year-on-year in the first quarter of 2017, according to data released on Tuesday by the local regulator, the Gaming Inspection and Coordination Bureau.

Mass-market casino GGR – including that from slot machines – rose by 8.5 percent from the prior-year period. Excluding slots, the mass segment expanded by 7.9 percent year-on-year, according to Macau government data.

VIP baccarat casino GGR in the three months to March 31 was MOP35.49 billion (US$4.43 billion) compared to MOP30.38 billion in the prior-year period.

The market aggregate for all casino GGR in the first quarter 2017 had been reported on April 1 by the gaming bureau as standing at MOP63.48 billion, a year-on-year increase of 13.0 percent.

That represented the highest average daily revenue for the city in two years, in terms of a non-holiday period, brokerage JP Morgan Securities (Asia Pacific) Ltd had said.

In the breakdown for first-quarter 2017 released on Tuesday, VIP baccarat revenue as a proportion of all casino GGR in the period stood at 55.9 percent, up from the 54.1 percent contribution in the prior-year quarter.

The mass-market segment saw its third consecutive quarter of expansion in the January to March period.

Mass-market gambling, including play from slot machines, achieved its 8.5 percent year-on-year growth in the three months to March 31 by generating nearly MOP27.99 billion in GGR.

According to the data released on Tuesday, GGR from slot machines was nearly MOP3.24 billion in the first quarter of 2017, up 13.3 percent from the prior-year period.

First-quarter revenue from live multi game products – those featuring table-style games with live dealers but electronic betting and electronic bet settlement – was MOP580 million for the first quarter 2017, an increase of 6.0 percent from a year earlier.

Former Macau junket operator Suncity Group had no commercial need to seek illicit gains from under-the-table betting via the “multiplier”, as the company had a huge gaming business... END_OF_DOCUMENT_TOKEN_TO_BE_REPLACED