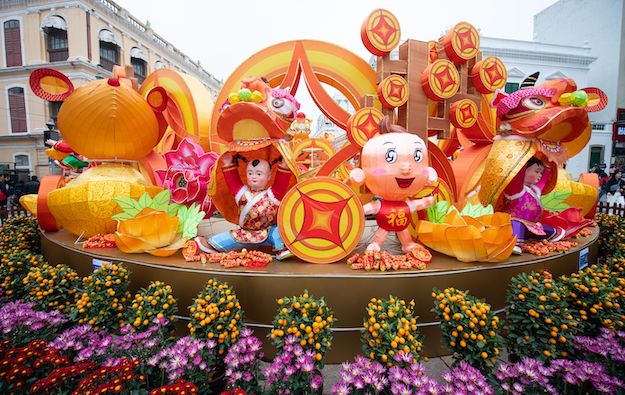 This year’s decline follows an outbreak of a newly-identified coronavirus first reported in December in Wuhan in China’s Hubei province. The outbreak has now spread across the country – with cases also detected in Macau and Hong Kong – as well as further afield.

But the institution added: “The solid credit profiles of casino operators… should enable them to withstand this pressure.”

Preliminary figures from Macau’s Public Security Police indicate the city had 261,069 visitor arrivals between January 24 and January 30, the seven days of the Chinese New Year holiday period in 2020. The figures were reported on Friday by the Macao Government Tourism Office.

A total of 57.2 percent of the arrivals during the holiday period – amounting to around 149,244 instances – were by visitors from mainland China, representing a year-on-year slump of 83.3 percent for that group. During the Chinese New Year period in 2019, Macau recorded around 899,000 entries by people from mainland China.

A year-on-year decline in visitor arrivals to Macau is likely to continue to be recorded in the near term, as authorities in China have stopped issuing – until further notice – individual travel visas for visits to Macau by mainland residents. Tour groups from the mainland to Macau are also suspended. The authorities have said the measures are part of the package of initiatives to cut travel across China and so reduce the risk of the further spread of the coronavirus.

There has been cancellation of a large number of inbound and outbound flights to Macau – in some cases until late March –and reduction of ferry services and bus services between Macau and Hong Kong, suggesting the authorities and tourism operators anticipate continued restrictions on inbound travel by mainlanders for the near term.

According to a Tuesday memo by JP Morgan Securities (Asia Pacific) Ltd, mainland-based “Chinese visitors now need to obtain other types of permits/visas to enter Macau (such as transit, business or family visas, collectively accounting for 30 percent of Chinese visitors), which could be very inconvenient for gamblers.”

There were seven confirmed cases of coronavirus in Macau as of Friday morning, all involving visitors from Wuhan. As of Friday, China’s National Health Commission had said there were 9,096 confirmed cases within the country as a whole, and that national death toll stood at 213.

Fitch added: “All have access to ample liquidity and have no major maturities in 2020.”

The credit agency said that, assuming first-quarter and second-quarter 2020 revenue from Macau declines by 50 percent and 25 percent, respectively, the combined damage to the four operators’ cash flow would be US$2.0 billion.

“The aforementioned operators have ample debt capacity and/or cash to fund the cash impact of the virus within the context of their rating or credit opinion sensitivity thresholds,” Fitch said. It noted that the four operators had a combined US$7.0 billion of excess cash and US$7.8 billion available via revolving credit facilities.

Fitch however stressed that, should China’s coronavirus outbreak “extend beyond two quarters or cause significantly greater revenue declines”, the credit effects on the four gaming operators “could be more profound”. Beyond a near-term credit impact, “some possible residual effects may include an impact on the regional economy and players trying new venues and illegal channels such as online gaming”, it said.

A Macau court was offered evidence on Monday, including of recordings from police-wiretapped telephone conversation, that the prosecution says proves the direct involvement of Levo Chan Weng Lin... END_OF_DOCUMENT_TOKEN_TO_BE_REPLACED