Macau visitor arrivals up by 10 pct on National Day 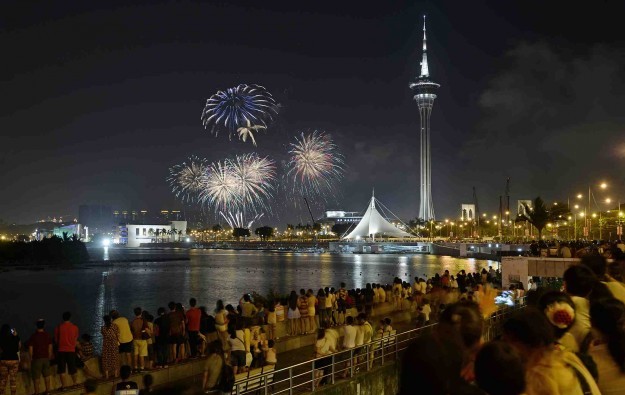 Visitor arrivals to Macau during China’s National Day were up by 10 percent from a year earlier.

The 10-percent increase in visitor arrivals marks a good start for the National Day Golden Week holiday. This is usually a peak season for the city’s tourism industry as hundreds of thousands of mainland Chinese tourists take advantage of the weeklong break to visit Macau.

There is however no direct connection between overall tourism arrivals and casino gross gaming revenue (GGR) in Macau. While monthly GGR has been dropping in year-on-year terms since June, the number of overall tourists continues to increase – it reached a new all-time monthly record in August, at almost 3.1 million. Visitors from mainland China fuelled that increase, according to official data.

The Macau government last week said it was expecting visitor numbers for the National Day Golden Week holiday to go up by about 8 percent from a year earlier.

Last year, 897,000 people visited Macau during the National Day Golden Week, between October 1 and 7. The figure was up by 5.7 percent from 2012. The city’s casinos raked in MOP12.0 billion (US$1.5 billion) in revenue during the weeklong holiday in October 2013, up by 36 percent in year-on-year terms, according to media reports.

It is unclear if Hong Kong’s ‘Occupy Central’ movement will impact Macau’s tourist arrivals. Several media reported that Beijing authorities on Wednesday suspended visits by tour groups from mainland China to Hong Kong, as thousands of people continue to block the heart of the city’s financial centre, demanding full democratic elections in 2017. Many of those tour groups visit Hong Kong and Macau as part of a package.

Analysts Kenneth Fong and Isis Wong from Credit Suisse AG on Tuesday pointed out that package tour visitors are normally low-spending players and their contribution to Macau’s overall casino GGR is likely to be small.