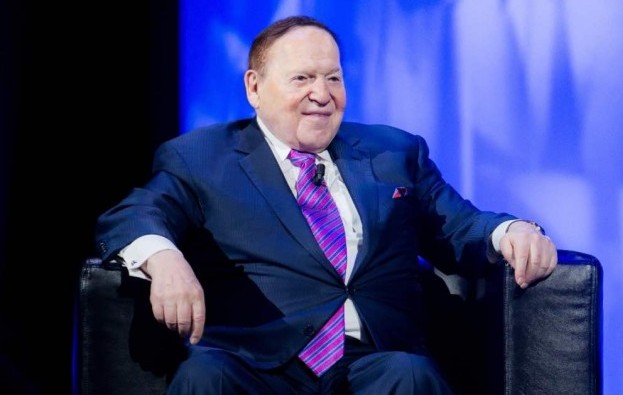 The chairman and chief executive of Las Vegas Sands Corp, Sheldon Adelson, doubts Macau will implement limits on the number of visitors coming to the city. In a conference call with analysts on Wednesday, he said the cap proposal was “the opinion of one man”. That is a likely reference to Macau’s Secretary for Social Affairs Alexis Tam Chon Weng. He is the member of the current administration that has floated the idea in public comments.

“The chances of that happening are [the same as] I wake up tomorrow morning and all my hair will be grown back,” Mr Adelson joked. “It has no chance, in my mind, whatsoever. ”

He added: “On the issue of capping, I have been told that it is not a decision by the government. It’s only a suggestion by one of the ministers with very good intentions, but it hadn’t been thought out.”

Las Vegas Sands is the parent company of Macau-based casino operator Sands China Ltd. The parent on Wednesday reported a 34-percent drop in company wide first-quarter profit on a decline in  performance of the Macau unit.

Mr Tam first mentioned the possibility of Macau introducing limits to the number of visitors in February. The official later clarified his comments, stating that Macau and Beijing needed to “improve” the issuance of visas to individual travellers from mainland China.

The Individual Visit Scheme allows mainland Chinese living in eligible areas of the mainland to apply for a travel permit to visit Macau as individual travellers instead of having to be part of a tour group. It was first implemented in four Guangdong cities and expanded several times between July 2003 and January 2007. The number of mainland cities under the scheme currently stands at 49.

Macau welcomed a record 31.5 million visitors last year, with more than 21.2 million coming from mainland China. The independent travellers accounted for 45 percent of the aggregate mainland visitor arrivals to Macau in 2014.

But it has been reported in the local media that there has been discontent among some locals about the volume of visitors causing congestion in some parts of the city.

A study by the city’s Institute for Tourism Studies concluded that what it called the optimum tourist carrying capacity of Macau stood between 32.6 million and 33.7 million visitors in 2014, or 89,374 and 92,325 tourists a day. That optimum annual number as indicated by the institute is actually below the aggregate number of visitors the city welcomed last year. But the daily optimum number as identified by the institute was actually surpassed several times during 2014.

In his Wednesday comments, Mr Adelson said that introducing a visitor cap in Macau would harm the city’s meetings, incentives, conventions and exhibitions (MICE) industry. “From my standpoint as a MICE operator, all the MICE to Macau will collapse, and they [Macau government] won’t let that happen.”

He added: “I would never, as an organiser, book an event in Macau if I knew there was a possibility that the guy who came through the [border] before me was the last guy… [The person after could] be an exhibitor, an exhibitor staff, the president of an exhibiting company or a big buyer.”

Mr Adelson told the conference call he had discussed the idea with “the minister”, although he didn’t identify him by name. “I also told him, ‘There may be some rationale, but it’s not doable. It’s just not doable.”

To reduce tourist-induced congestion in the peninsula, the casino executive instead proposed to re-route some tourists to the underused Lotus Bridge checkpoint that links Hengqin Island and Cotai. That, Mr Adelson argued, would mean they would reach Cotai without the need of crossing the entire peninsula and Taipa.

Las Vegas Sands’ management also admitted in the conference call that the company is looking at introducing cost-cutting measures in Macau to cope with the challenging business environment. But the firm is not planning staff reductions, its president and chief operating officer Robert Goldstein said.

“What’s on the table are our other costs… perhaps other structural costs as well as costs in the marketing side,” he stated.

Total net revenues for Sands China decreased 34.9 percent to US$1.77 billion in the first quarter of 2015 on a generally accepted accounting principles basis, the parent firm said. First-quarter earnings before interest, taxation, depreciation and amortisation (EBITDA) fell to US$531 million, a 26-percent drop in quarter-on-quarter terms, and 43.4 percent year-on-year decline.

Mr Goldstein, currently also interim president and executive director at Sands China, told analysts that the company is looking at reviewing the direct incentives paid to customers. “That’s where there is opportunity, I think… to be more judicious, not just in our stores but across the market.”

The company may also introduce cost-cutting measures in its entertainment sector. Mr Goldstein stated: “We’re re-examining that and trying to figure out how do we put our best foot forward, maintaining the importance of having headline entertainment.”

Capital expenditure reductions are already being introduced. “We’ve actually pulled back some of our expenses in things which were not critical to our growth,” including room and property renovations, he added.

The imminent return of package tours from mainland China will not only help boost Macau’s tourism businesses, but is also expected to help casinos gain more foot traffic in their mass gaming... END_OF_DOCUMENT_TOKEN_TO_BE_REPLACED