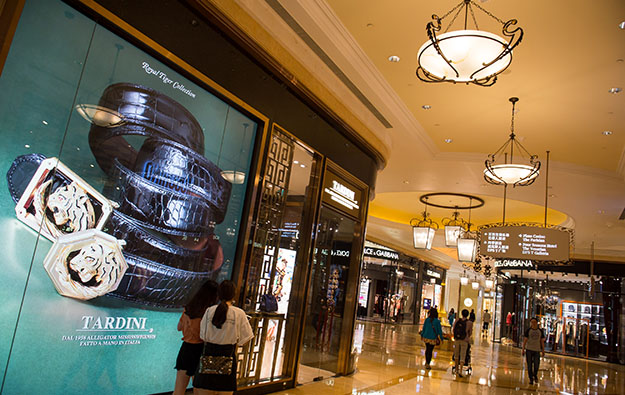 The total spending – excluding gaming expenses – of visitors to Macau last year reached MOP61.32 billion (US$7.6 billion), representing an increase of 16.4 percent year-on-year, show the data from the city’s Statistics and Census Service.

Total spending of overnight visitors grew by 18.2 percent year-on-year to MOP49.75 billion, while that of same-day visitors went up by 9.5 percent to MOP11.57 billion, according to the latest figures.

The growth in non-gaming spending by visitors outpaced that in the aggregate tally of visitor arrivals to Macau in 2017, which was up 5.4 percent year on-year. Macau recorded more than 32.6 million visitor arrivals in 2017, according to official data.

The total non-gaming spending of visitors in the fourth quarter of 2017 stood at MOP18.19 billion, up by 23 percent year-on-year; and an increase of 14.2 percent sequentially.

Analysed by consumption structure, visitors spent mainly on shopping, accounting for 45.4 percent of all non-gaming spending in 2017. That was followed by accommodation (25.8 percent), and food and beverages (20.9 percent). Per capita shopping spending increased by 14.9 percent year-on-year to MOP855, which was mostly spent on local food products, and cosmetics and perfume, according to the statistics bureau.

In 2017, Macau’s average tourist price index – which reflects the price change of goods and services purchased by visitors – rose by only 0.77 percent year-on-year to 131.87 points, after two years of decline. The increase was mainly attributable to rising charges for hotel accommodation and restaurant services, and dearer prices of Chinese local food products, according to official data.