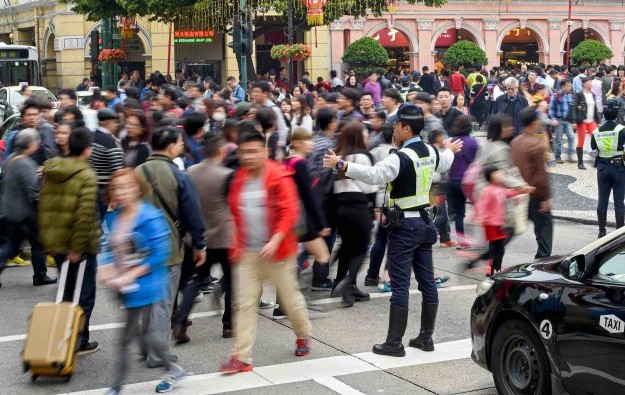 The number of visitors to Macau from mainland China arriving on Wednesday and Thursday was up 11 percent compared with the equivalent period of Chinese New Year in 2015.

That is according to data released on Friday by Macao Government Tourism Office.

The aggregate of such arrivals from mainland China on February 3 and 4 was 260,166 people. Over both days, more than 80 percent of them arrived via the Gongbei border gate that connects Macau with Zhuhai in the neighbouring mainland province of Guangdong.

The aggregate of arrivals to Macau from all places during that period was 309,223 people, an increase of 4.6 percent year-on-year compared to the equivalent run up period to Chinese New Year in 2015. Arrivals from mainland China made up 84 percent of total arrivals on Wednesday and Thursday.

The data were compiled by Macau’s Public Security Police. The figures include travel by non-resident workers and non-resident students.

Last week Maria Helena de Senna Fernandes, director of the tourism office, told media in Macau she expected the total number of visitors to Macau in 2016 to rise by 1 percent year-on-year – under an “optimistic” estimate. She said the number of all visitors to the city during Chinese New Year 2016 was likely to rise by the same percentage, compared to the equivalent holiday period in 2015.

The city recorded about 30.7 million visitor arrivals for the whole of last year, an annual decline of 2.6 percent. During 2015’s week-long holiday period for Chinese New Year, Macau registered almost 1.03 million visitor arrivals (including inward travel by imported workers and non-local students), a decrease of 2.4 percent over the corresponding period in 2014.

Macau’s casino gross gaming revenue (GGR) for the first five days of February is estimated at MOP1.9 billion (US$235.1 million) – or MOP380 million per day – a level that suggests a “45... END_OF_DOCUMENT_TOKEN_TO_BE_REPLACED