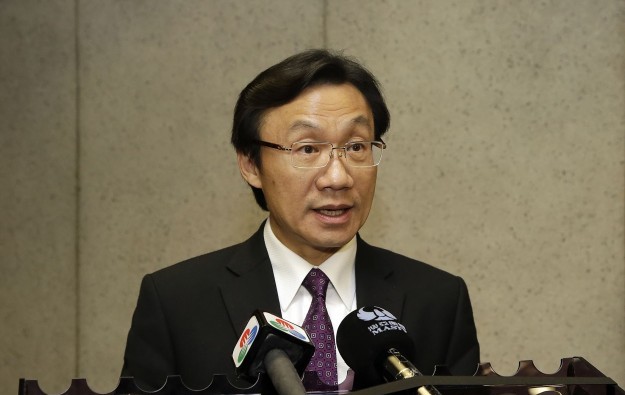 Macau’s Secretary for Social Affairs and Culture Alexis Tam Chon Weng (pictured) says the Macau government does not wish to reduce the number of mainland visitors coming to Macau. It wishes instead to “improve” the issuance of visas to independent travellers from mainland China under the mainland’s Individual Visit Scheme (IVS), according to a statement from Macau’s Government Information Bureau.

‪Mr Tam on Thursday said the local government would approach the central government in Beijing to discuss how to control the issuance of visas under the IVS policy.

The IVS system allows mainland Chinese living in eligible areas of the mainland to apply for a travel permit to visit Macau individually instead of having to be part of a tour group. Last year, 9.6 million mainland tourists visited Macau under the scheme. The independent travellers accounted for 45 percent of the aggregate mainland visitor arrivals to Macau in 2014.

Secretary Tam on Thursday gave more details of the Macau government’s thinking while speaking to reporters on the sidelines of a meeting of the Tourism Development Committee. He had first mentioned the government’s idea last week on the heels of reported overcrowding faced at Macau’s borders and main tourist spots during the Chinese New Year festive season, which started on February 19.

Mr Tam admitted that the tourism industry has shown some concern over the government’s plans, but said that the 31 million-plus visitors that came to Macau in 2014 are more than enough.

The Portuguese-language channel of Radio Macau quoted Mr Tam saying that the new policy would have to be introduced “gradually”. He added that in his view a limit around the current 31 million visitors a year “wouldn’t be bad,” Radio Macau reported.

The policy secretary said the growing number of visitors to the city coupled with the construction of major infrastructure projects has affected traffic conditions and the livelihood of Macau residents, an issue that the government wants to address.

Mr Tam said the government also plans to highlight to mainland authorities the need to divert Chinese tourists to other border crossings, including the one in Hengqin Island, which started operating round-the-clock in December.

He said the government would approach Beijing also to discuss ways to make mainland tourists go to Macau in different seasons of the year, diverting them from the Chinese New Year period.

According to data from the city’s Public Security Police, total arrivals to Macau – excluding Macau residents – between February 18 and February 24 were down 2.4 percent year-on-year to almost 1.03 million.

The figures – which include other arrivals to the city, such as of Macau imported workers and overseas students – show that mainland Chinese accounted for 74 percent of all arrivals during the period, down by 2.0 percent year-on-year.

Another set of data published on Thursday showed that the number of visitors to Macau fell by 1.5 percent year-on-year to 2.47 million in January.

The number of visitors from mainland China dropped by 1.2 percent year-on-year in January, according to the data from the city’s Statistics and Census Service. Mainland visitors travelling under the IVS accounted for 31 percent of all visitors to Macau last month, but the number was down by 8.1 percent from a year earlier to 765,323.

Stocks of Macau casino operators rose substantially in the Hong Kong market on Monday, after the local government announced on Friday a bill proposing a new regulatory system for gaming... END_OF_DOCUMENT_TOKEN_TO_BE_REPLACED