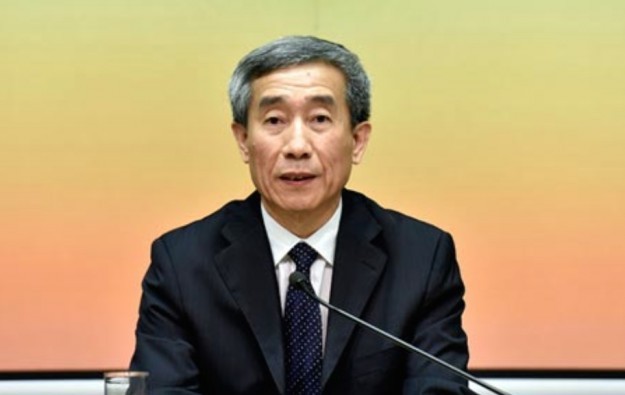 Macau has been told to put more effort into economic diversification and take into account the interests of mainland China. Li Fei (pictured), deputy secretary general of the National People’s Congress Standing Committee, on Wednesday said the SAR government should address its overreliance on the gaming industry.

“The government should not focus on economic growth and tax revenue alone when looking at Macau’s overall well-being, given the close connection between its economy, especially the gaming sector, and the mainland,” Mr Li said, according to local media reports.

“It must think from the perspective of China’s economic and social stability and development.”

The contribution of direct gaming taxes as a percentage of all public revenue for the Macau government has been increasing in recent years. Direct taxes from gaming brought in 83.5 percent of the Macau government’s total revenue in the first 10 months of 2014, according to official data.

Mr Li, who is also chairman of the Basic Law Committee, was in the city on Wednesday to take part in a seminar on Macau’s Basic Law, which came into effect following the city’s handover from Portuguese administration in 1999.

Mr Li’s remarks are seen as a sign that Beijing is tightening its grip on the territory’s gaming industry. It is understood to be the first time a Chinese official has linked the interests of mainland China to the need for economic diversification in Macau.

The official added that the SAR government shouldn’t just keep on launching new livelihood measures. “The government should consider the sustainability of those measures and to have the sense of forward thinking.”

The city’s gross gaming revenue (GGR) in November fell for the sixth straight month, down 19.6 percent from a year earlier to a two-year low of MOP24.27 billion (US$3.04 billion).

Visa restrictions, Beijing’s anti-corruption drive and a pullback in credit in mainland China are mentioned by investment analysts as the reasons behind the decline in GGR.

Shares of Macau’s six casino operators in Hong Kong tumbled on Wednesday, between 2 percent and 6 percent, following a report that the Zhuhai authorities are expected to start strictly enforcing the transit visa rule to Macau. It requires mainland travellers using a transit visa to present a valid air ticket to a third country rather than offering an email confirmation as had previously been required, Chinese-language Macao Daily News reported.

Macau in June reduced to five days, from seven days, the permitted stay for mainland Chinese passport holders who transit in the city. The new rules were effective from July 1.