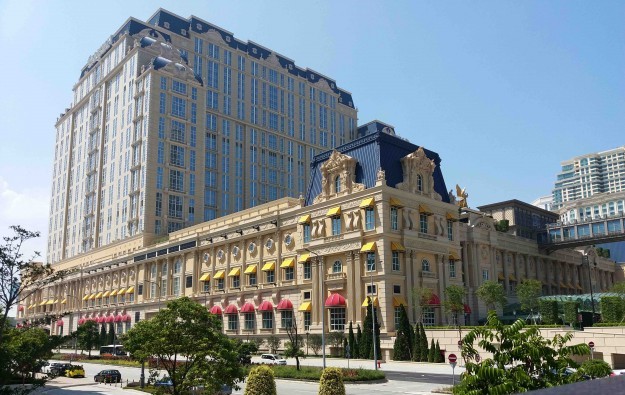 “The weaker than expected GGR during the week ended September 18th (average daily rate of MOP571 million [US$71.5 million]) is in light of the opening of The Parisian and the Mid-Autumn Festival holiday,” said analysts Vitaly Umansky and Yang Xie, referring latterly to a holiday period celebrated that week in Greater China. “However, the week’s results are still over 15 percent above the similar week last year,” added Sanford Bernstein.

There is currently little consensus in the investment community regarding the trajectory of Macau’s casino market in GGR terms. Mid-month weekly numbers offered by investment analysts regarding daily GGR rates – and mid-month or monthly data on the split between VIP revenue and the mass market variety –  are based on unofficial industry data; i.e., figures other than those issued by the local regulator, the Gaming Inspection and Coordination Bureau.

In the past, unofficial data commonly showed broad consistency between brokerages; but in more recent months there has been a widening spread on such data; and on the relative contributions of the VIP versus mass-market gambling segments.

Sanford Bernstein said on Monday that – assuming an average daily rate of MOP540 million to MOP590 million for the remainder of the month, Macau’s September GGR would be “in the range” of MOP18 billion, which would represent a year-on-year increase of 4 percent to 7 percent.

Christopher Jones, an analyst at the Buckingham Research Group Inc, said in a note the same day that his institution was expecting Macau’s September GGR to be “flat” compared to the prior-year period.

He added that this would imply third-quarter contraction of 3.3 percent year-on-year, which he said would be “the best quarterly performance the market has seen since the second quarter, 2014”.

He added, referring to Sands China’s new property and to Wynn Macau Ltd’s new Cotai resort that opened on August 22: “We believe there could be upside to these expectations as the Parisian and Wynn Palace continue to ramp up, offsetting what is traditionally a slowdown in volume in late September; as customers hold off visiting Macau, in anticipation of the all-important Golden Week, the first week of October.” The latter was a reference to a holiday period in China surrounding the country’s national day on October 1.

Sanford Bernstein noted: “While we still do not have market share breakdowns, we understand from channel checks that the Parisian has started fairly strongly in mass, taking share largely from the [Macau] peninsula properties (in particular SJM).”

The brokerage added: “Further, Wynn Palace, which had strong VIP results in the weeks following its opening, may now be beginning to decelerate which may be pointing to a longer than expected ramp up at this stage. We will need to wait until Golden Week performance and then third quarter earnings results to get a better sense of how strong the (mass) recovery may actually be and how market share is beginning to shift.”

Most of Macau’s casino operators are likely to generate positive free cash flow in the first quarter, given the robust recovery level of mass-market gross gaming revenue (GGR) in January, relative... END_OF_DOCUMENT_TOKEN_TO_BE_REPLACED