Macau with 655 fewer dealers in 12 months 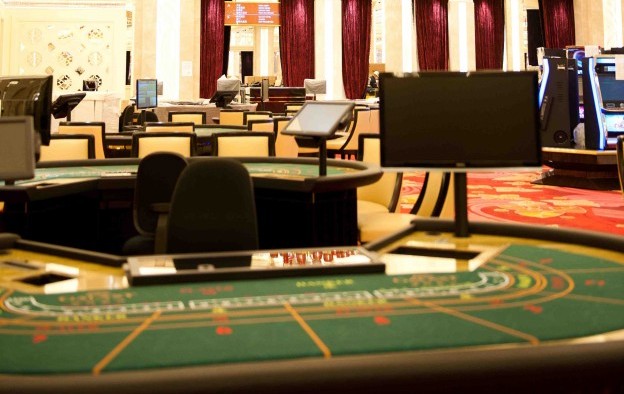 Macau’s gaming industry saw a  decline of 655 in the number of casino dealers in the 12 months ended June 30, according to official data.

The city’s casino industry had a total of 25,072 dealers in the second quarter of 2015, a year-on-year decrease of 2.5 percent, show data from Macau’s Statistics and Census Service published on Wednesday.

The department did not provide an explanation for the decrease.

Official data show that Macau monthly casino gross gaming revenue (GGR) fell for 14 consecutive months up to July, judged year-on-year. Analysts suggested that up to last weekend and based on unofficial industry returns, Macau’s numbers in August were on track for the second-worst monthly GGR tally since November 2010.

Despite several casino operators having introduced cost control measures to face the slump in gaming revenue, none has yet announced mass layoffs. But some junket operators have been shutting down VIP rooms and analysts expect the trend to continue. Gaming operators officially supply dealers to VIP rooms, not junkets.

During the same period, the city also recorded an increase in overall gaming space, with the opening on May 27 of the second phase of casino resort Galaxy Macau, operated by Galaxy Entertainment Group Ltd.

Despite the decrease in the dealer numbers, Macau dealers enjoyed a 6 percent rise in monthly average earnings – to MOP18,580 (US$2,327) – during the 12 months ended June 30. That was slightly above inflation for the same period: the average composite Consumer Price Index, Macau’s main gauge for inflation, increased by 5.4 percent during the year ended June 30.

During the second quarter of 2015, Macau’s gaming industry had a total of 57,422 full-time employees, up by 1.3 percent year-on-year, according to the Statistics and Census Service data. The figure excluded junket promoters and junket associates.

Job vacancies totalled 507 during the second quarter, down by 1,022 year-on-year. Vacancies for dealers dropped by 396 to 107 during the period.